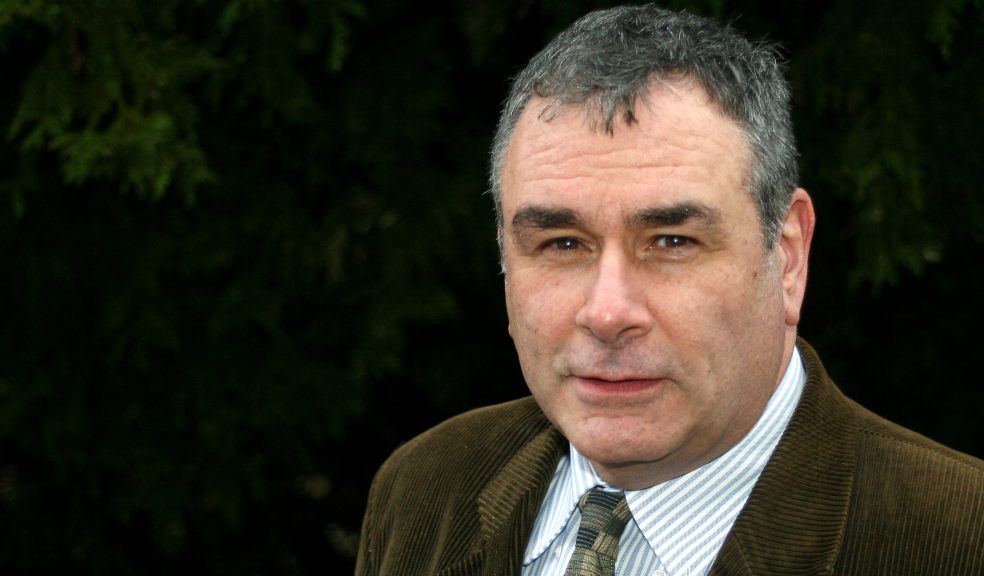 Historian Dr Todd Gray has been awarded an MBE in the New Year’s Honours List for his voluntary services to Devon heritage.

The investiture is at Buckingham Palace on Friday 14 March.

For almost a century, University of Exeter historians have actively been involved in Devon based historical studies and societies, all of which survive on voluntary work.

The University provided leadership on this active engagement in 1920 when the History department began a programme of Exeter studies and encouraged staff to run local history organisations.

The intention was to bring a professional sense to what being a historian is about, the ethics and morals of history.  It was also to ensure a sense of fairness to the subject and the audience.  This form of professionalism stemmed from the basis of University rigour in research and teaching standards, and it was hoped that people in local history societies would emulate these high standards.

Dr Gray was first appointed a Research Fellow at the University of Exeter in 1988 and his interest in local history and commitment to the principles of bringing academic expertise to local history societies remains at the core of his work.  He has been a pivotal figure in the local history community for the last three decades and has served on the ruling bodies of just about every significant Devon-wide society.  Currently Dr Gray serves as the Chair of the Devon and Cornwall Record Society, where he has made a major contribution for many years; he is also the President of the Devon Family History Society as well as Patron of Pinhoe Library.

Although born in America, Devon and its history is where his true allegiance lies, making this honour even more special.  He said of the MBE: “I am overwhelmed by this honour and delighted that the heritage community of Devon is being highlighted by it.  The study of Devon's history is mostly undertaken on a volunteer basis for local charities and it has been a great honour to be involved with them.”

He added: “I realise I am in a long line of Exeter University historians who have helped shape local studies.  The History Department has been actively involved in Devon research for nearly 100 years and I am very conscious that my volunteer work follows such distinguished Exeter University historians as Ivan Roots, Christopher Holdsworth and Joyce Youings.  Whilst this MBE recognises my own endeavours I cannot help but feel a great debt to the support and encouragement I have had from them over many years.”

Devon history has been enriched by Dr Gray who is unrivalled in his knowledge of the county, having published 45 books about Devon ranging from the rise of fascism, Victorian wild flowers, and ancient bench ends to harvest failure in Early Stuart Cornwall and Devon.

He has written more extensively and widely than any other historian of Devon.  Many of his books have been in association with either local government, such as Devon County Council and Exeter City Council, or through a range of local societies.  His latest book, The Art of the Devon Garden, is typical: it was published for the 25th anniversary of the Devon Gardens Trust and launched at the University.

It is known that Dr Gray is happiest in the archives, looking at the raw matter of how history is recorded.

Devon boasts the best records outside of London, due to its prosperity in the medieval and early modern periods and thereby enabling historians like Dr Gray to explore the broad range of material available. The importance of Devon and Cornwall’s history is considerable due to the extensive records which are quite unlike any other county in the UK.  As a result, Dr Gray is keen to enthuse and promote the fun of delving through the archives to historians and members of the public.

Professor Andrew Thorpe, a historian and Associate Dean for Knowledge and Research Transfer said: “There can’t be a single Devon historian of whatever status who does not know the name of Todd Gray, and his MBE is richly deserved.  Nothing is ever too much trouble for Todd.  He represents a vision of bringing local history to local people which is commendable.

"He is indefatigable in that mission, and it is that contribution of personality, scholarly ability and commitment, that make him a stand-out figure in the local history community.”

He added: “The College of Humanities at the University of Exeter is delighted that Todd is one of its Honorary Fellows, and congratulates him on a very well-deserved award.”