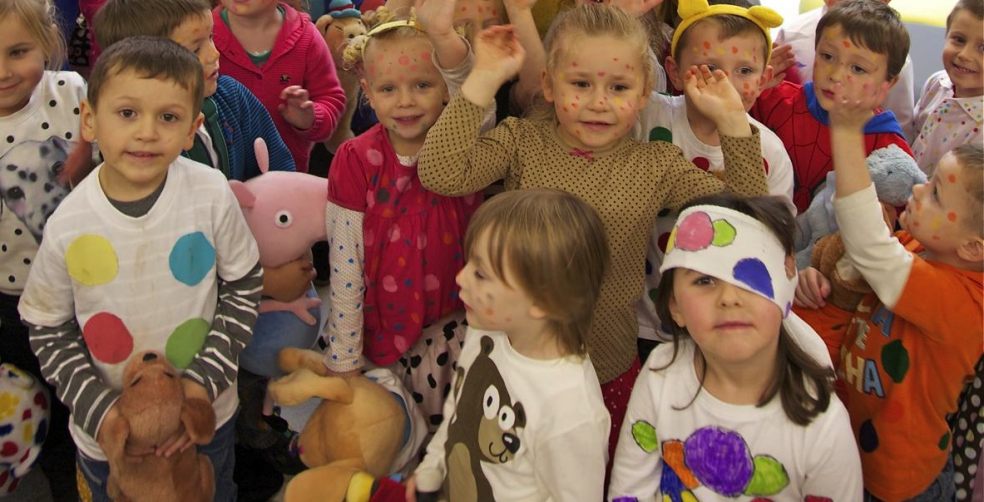 Hundreds of school children gave Pudsey a bear hug as the BBC's Children in Need party was broadcast live from the University of Exeter.

The loveable mascot stole the show as youngsters from schools across Exeter helped him raise funds during a day of live broadcasts from the Forum at the University of Exeter yesterday.

The new building, opened by the Queen earlier this year, hosted a wide range of family entertainment organised by the University's Students' Guild. The whole show was broadcast live during BBC Spotlight, featuring presenters Victoria Graham and David Fitzgerald. The festivities also formed part of the live nationwide broadcast late into the evening.

Among the highlights, 200 children from choirs across Devon, Cornwall and the Channel Islands performed together, and fed into a live feed with singers across the country. The festivities also included live music, drama, craft activities and the dreaded gunge tank.

Students have been working hard to raise funds towards the cause. After last year's event, more than 30 organisations from across the region received a share of a £1 million cash pot.