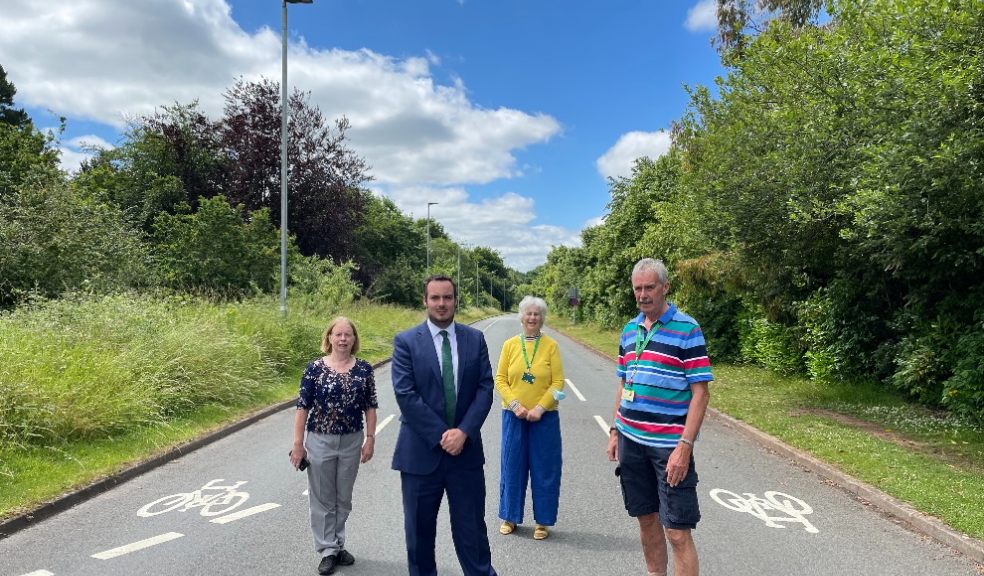 Simon Jupp, MP for East Devon, along with St Loyes councillors on Exeter City Council, are calling for a re-think of a cycle lane scheme on Russell Way.

Concerns have been raised by residents following the introduction of cycle lanes on both sides of Russell Way heading into Clyst Heath.

The road is also open to traffic from both directions which often leads to cars having to cross into cycle lanes on either side which raises concerns about the safety of both cyclists and road users.

The unusual scheme was pushed through planning by the Labour members of the Exeter Highways and Traffic Orders Committee (HATOC) which left local residents mystified by the plans that were subject to minimal local consultation.

Simon Jupp, MP for East Devon and member of the Transport Select Committee, said; “I’m a proud supporter of active travel but this ludicrous scheme isn’t safe for cyclists, buses or cars. If we truly want to encourage more people to take up cycling, we need to see common sense applied on Exeter’s roads. I’m calling for an urgent review of this ill-thought out scheme which is a disaster waiting to happen.”

Cllr Yolonda Henson, Cllr Peter Holland & Cllr Anne Jobson represent St Loyes on Exeter City Council, said; “After a great many local representations we are pleased to have the support of the local MP, Simon Jupp. We all support more active travel, but too many schemes are implemented without proper consultation with local residents and this leads to mistakes being made.”