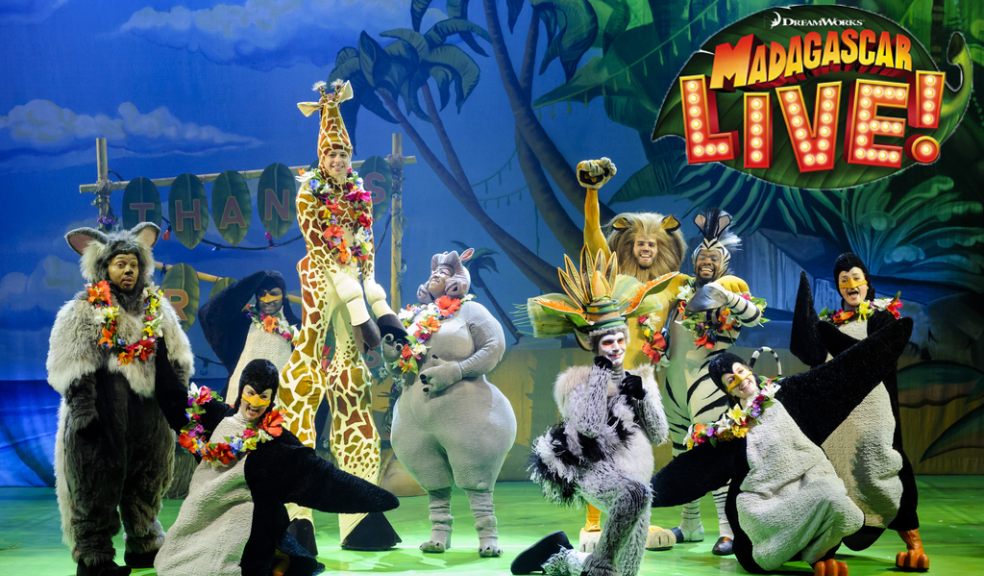 Yes, it's that incredibly catchy song from Madagascar which got the younger half of the audience at Westpoint this evening up on their feet and dancing round in front of the stage, while the older members looked on enviously at their lack of self-consciousness and simply tapped their toes, rather than wiggling along too.

This is Dreamworks' stage adaptation of their hit film franchise Madagascar and although the plot is necessarily condensed for the stage, it loses none of its charm and fun.

Despite this being an American show, there's a couple of smart lines in there to amuse the British parents, particularly a rather pointed one about the NHS. There were some wry smiles in the audience as Alex the lion sang his hymn to the joy of steaks before sinking his teeth into the zebra's backside...

The cast is excellent, from the hyperactive zebra Marty, played by Nigel Clark, to the completely OTT King Julien (Bradley Frenette). The real star, for me, though was the fabulous Melman - not least because Jeremy Greenbaum managed to do the entire show on stilts for his role as the hyperchondriac giraffe.

The costumes really were exceptional - it's amazing that Gloria the hippo can actually move round the stage so well-padded was she, but each character was completely believable and really cleverly conceived.

For those unfamiliar with Madagascar, it's a story about the four animals who escape from New York zoo in search of the wild, only to find that when they get there they actually hate nature and miss things like pavements and being fed, while the penguins who aid their getaway sail to Antarctica to be proper penguins, only to find that it's so cold they turn straight around.

Although Westpoint isn't usually my favourite choice of venue, tonight the car parking worked smoothly and it is hard to think where else shows like Madagascar Live and Holiday on Ice could be held in Exeter.

The show is on until 24 February, with two performances on Friday and Sunday and three on Saturday. It's a memorable and fun half-term outing and if you don't come out humming and wiggling just a little bit then it's back to the zoo for you!