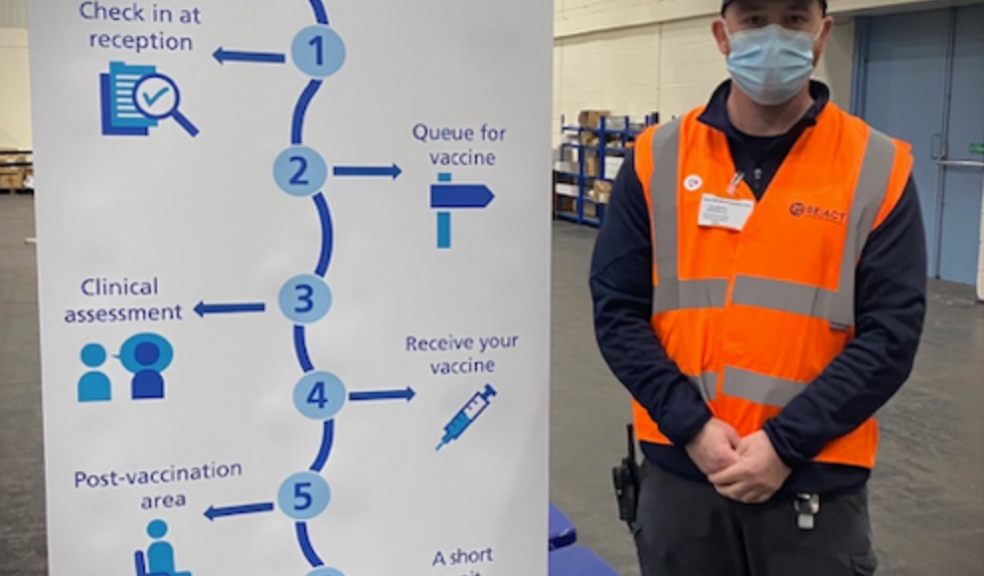 Under the banner of the veterans' charity RE:ACT, Captain Davis (a former regular British Army Warrant Officer) initially stepped up at short notice in April 2020 to put his vast experience in logistics and supply into use by leading a team of volunteers overseeing the establishment and management of three temporary mortuary facilities serving the Nation's capital.

In the course of his duties over this fortnight, working lengthy and exhausting shifts and living in austere conditions, Lee and his team helped process and administer over 1,300 deceased persons.

With little consideration for his own safety and at a time when the Nation’s and the capital’s capacity to deal with the crisis hung in the balance, Captain Davis' actions directly and tangibly contributed to reducing the workload for NHS staff across the three sites, substantially mitigating the risk of NHS hospital mortuaries becoming overwhelmed.

Captain Davis and his team's work allowed the victims of this pandemic to be rapidly reunited with their loved ones and, above all, to retain their dignity.

Then, in early 2021 when the UK began its national mass vaccination program, Captain Davis was asked once again to lead a team of volunteers, this time assisting the NHS with implementing the facilities management of the Exeter Mass Vaccination Centre, located at the Westpoint Exhibition Centre.

Captain Davis deployed in late-January in order to establish this new facility.  This role included organising parking; access control; marshalling and queue management; signage; routes and track plans; initial vaccination briefs; escorts; holding areas etc, and to assign ‘troops to task’ from amongst his fellow volunteers in order to make this plan work.

In all, and in no small part due to Captain Davis’ administrative planning, Exeter’s Mass Vaccination Centre was able to process in excess of 3,500 vaccines in its first week of operation.

Captain Davis' volunteering has ‘book-ended’ this extraordinary year, initially helping to temper the sorrow elicited by the pandemic and, subsequently, helping to bring hope to all of us that an end to it is in sight.