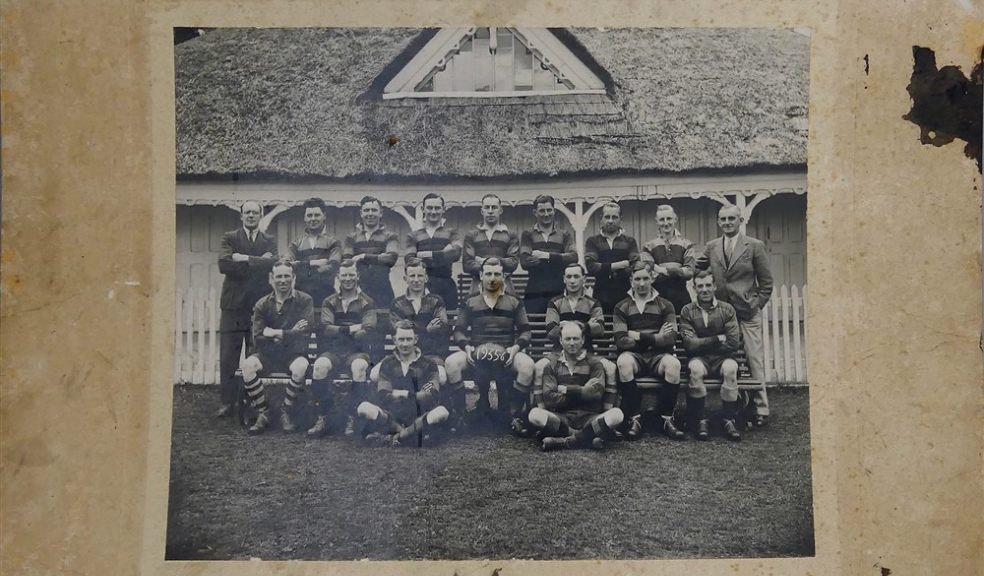 Rare photos and a medal from the halcyon days of rugby will be auctioned in Chilcotts sale on April 17.

The items were discovered during a routine house clearance, bringing to light the history of one local family’s deep connection with the sport.

Initially three black and white team photographs were found. Two are of Exeter RFC team 1930-31 and 1931-32, and the other depicts the Honiton RFC team of 1935-6 pictured sitting in front of the pavilion on Allhallows Playing Fields. All the photos featured one individual named CH Beer, with Frank Beer in the Honiton picture too.

Another exciting find followed with the unearthing of a medal hidden amongst pencils in a desk drawer. The 9ct gold medal was awarded for the Devon Rugby Junior Cup 1927-28 after Honiton beat Brixham Reserves 21-7. It’s inscribed with 'Honiton' and the same CH Beer who appears in the photos.

On investigation, CH Beer turned out to be Charlie Beer, one of four brothers who played for Honiton RFC. Frank Beer was most likely to be their father, and he also played for the club in the early twentieth century, eventually becoming Honiton team coach.

It transpired that Frank Beer’s life was saved by rugby. After a serious injury to his knee during a game, he was discharged from service as a member of a Vickers machine gun crew of the 4th Devon Regiment Territorials in WW1. Tragically, his entire gun crew mates were later killed in action.

The family’s connection with rugby continued through the decades. In Honiton RFC’s centenary year of 1983-84, Charlie Beer is listed as one of the Vice Presidents.

The photographs and medal will be sold together in one lot and have an estimate of £80 to £120.