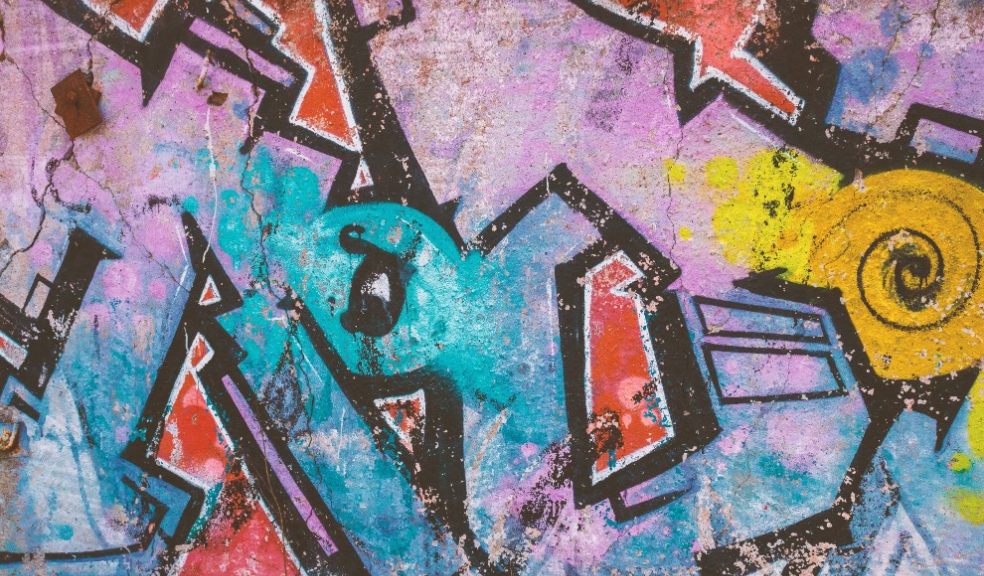 Graffiti is on the rise in Exeter, with a councillor slamming the “idiots” responsible.

The council received more than 1,100 reports of graffiti between 1 April and 16 August – an average of eight a day.  It’s meant that demand for the city council’s removal service has “remained high,” members of the strategic scrutiny committee have been told.

The graffiti service was suspended for nine months until April to save money during the covid crisis. The meeting heard that during that time, a higher number of graffiti ‘tags’ than usual appeared: “spreading down arterial routes in the city such as Heavitree Road and Topsham Road and widely impacting neighbourhoods and residential areas, often overnight.”

Councillor Rob Hannaford (Labour, St Thomas), while stressing that he was not talking about those who produce public art and murals, said: “We’re talking about tagging of other people’s property. It’s not art, it’s just a nuisance.

“The recent context particularly has been a source of huge anger and frustration because we’ve just been though the global pandemic. By and large the city council’s magnificent – they’ve stepped up to the mark providing all sorts of services.

“They didn’t lose bin collections or anything – the wheels literally stayed on the wagon and on top of the that we’ve been giving out grants and helping businesses and individuals and all the rest of it.

“But on the other hand, you’ve had these idiots going around tagging all this stuff on other people’s properties and downgrading the neighbourhoods.”

Members were told that because of budget constraints, the service had one full-time employee and “in reality, this equates operationally to less than 29 hours a week of active graffiti removal.” On the positive side, new funding was secured in April to extend the service to seven days a week.

The officer said the biggest problem is that the city council doesn’t own most of the buildings being vandalised, adding: “This reduces our ability to remove graffiti in many cases.”

As a result, where graffiti is on property that is owned by another organisation such as Network Rail, the person reporting it is now advised to do so directly to them. The council website will no longer accept reports of graffiti on non-council land.

A report added: “It could be perceived that [the council] has admonished responsibility and lost engagement in the graffiti concerns city wide. However, whilst the service is now directing reports to individual landowners, [the council] have continued to engage and maintain close working relationships with those agencies.”

It said the council is continuing this work with other organisations “on their behalf where they have requested and paid for the service.”

The report also looked into whether provisions of special ‘graffiti walls’, such as those already in place in Belmont Park and Exwick Station Road play area, could help prevent illegal graffiti elsewhere.

“The [provided graffiti] walls are frequently used for large murals, which is testament to the popularity of the provision, however tags and additional graffiti continues to appear on the peripheries of each site despite the use of those walls.

It added: “This is a base indication that whilst popular, the walls are unlikely to be a cost-effective prevention strategy unless surrounding areas are free of built infrastructure, as there will always be the need to extend beyond the boundaries of the existing provision.”

Councillors noted the report and recommended that the Community Safety Partnership provides more details on the profile of people who are responsible for the graffiti attacks.