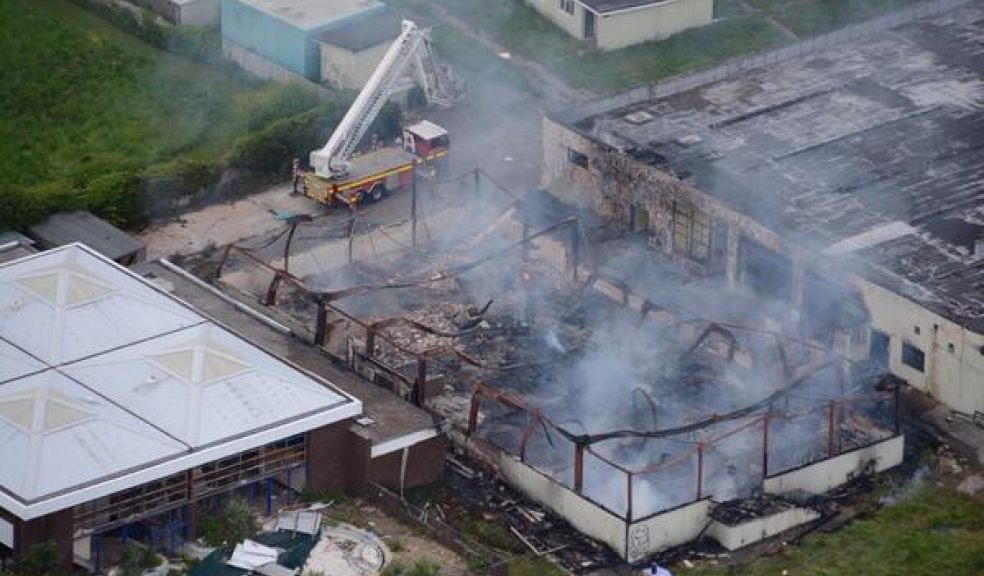 Five young people have been arrested in connection to a major fire at a disused Pontins holiday park in Brixham last night.

The fire  was started yesterday afternoon and resulted in substancial damage to part of the property on Wall Park Road.

Emergency services attended the fire just before 5pm on following numerous reports from the public that there was large blaze and heavy smoke.

Two Fire crews initally attended the scene but the rapid spread of the fire meant they quickly called for backup from more crews.

Road closures were put in place and warnings passed to properties in the immediate vicinity to keep windows closed.

After several hours battling the blaze fire had began to die down at aound 20:30 allowing fire crews to begin scaling down the operation.

Roads were re-opened at approximately 9.45pm.

The cause of the fire was determined to be arson.

Police  arrested  five young people aged  between 15 to 18 years old, all from Brixham, in connection to the arson.

A 15-year-old boy and an 18-year-old man have been arrested on suspicion of arson.

A 16-year-old girl and a 16-year-old boy have been arrested on suspicion of arson and criminal damage to property.

A 16-year-old boy has been arrested on suspicion of causing criminal damage to property.

All five have been bailed until 12 August 2014 pending further enquiries.

Any witnesses or persons who have information which will assist the police with their investigation into this incident are asked to ring 101 , the police non-emergency telephone number, and quote incident 555 05/06/2014.