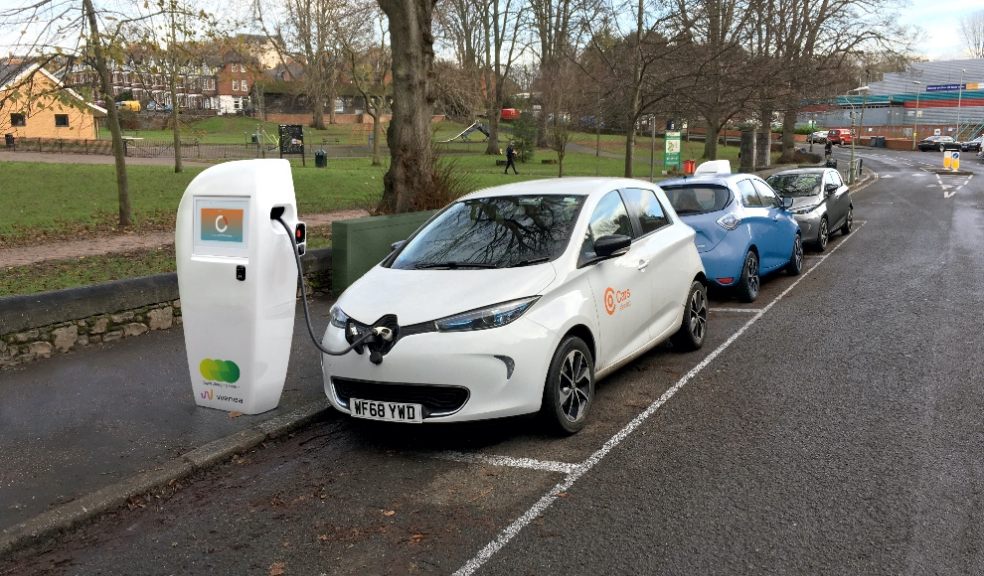 Exeter residents are invited to give their views on proposals to install rapid-charging electric vehicle (EV) charge points at 10 locations across the City.

A Traffic Regulation Order is being advertised and members of the public can comment up until February 11, 2021 by going to Devon County Council’s (DCC) website; http://devon.cc/e-hyz

And to enable more residents to test drive and access electric vehicles, it is proposed each site, except Kinnerton Way, will include a shared electric Co Car for public use.*

The plans are the first phase of a scheme by a public/private sector consortium that includes DCC, Co Cars, ZPN Energy and Exeter-based Gamma Energy to install and operate 150 charge points in Exeter over the next two years.

The superfast chargers have been developed by ZPN Energy, while Gamma Energy, based at Exeter Science Park, has developed the technology to power the chargers.

They use a cutting-edge energy storage system and energy supply, generated by Devon-based solar farms, which charges vehicles quickly and cheaply.

It’s the latest scheme where the public and private sectors are working together to reduce carbon emissions in Devon.

DCC has declared a ‘climate emergency’ and formed the Devon Climate Emergency Response Group, made up of 25 business groups, voluntary groups and public sector bodies.

Together they are drawing up a carbon plan to reduce emissions and transform Devon into a low-carbon economy.

Councillor Stuart Hughes, DCC’s Cabinet Member for Highways Management said: “As we make the move towards electric vehicles over the next 10 years it’s essential we have the infrastructure in place. This initiative is hugely exciting and will mean residents will have much-needed access to charge points, and electric vehicles in the heart of the city’s neighbourhoods."

Ian Stillie, Chief Executive Officer of ZPN Energy, said: "We are proud to be supporting Exeter in becoming a greener, sustainable city. Our revolutionary HUBZ EV charging units technology delivers the maximum capacity, at the highest speed for the end-user whilst significantly decreasing reliance on the grid, solving grid constraint issues. We are excited to see the difference it will deliver when deployed in Exeter and play a role in reducing carbon emissions in the city."

Mark Hodgson from Co Cars said: “In the near future, having access to a charge point nearby will be key when it comes to buying or renting property. For those who don’t want the costs of car ownership, our Co Cars are realistic, affordable and flexible option and we’re really excited to place more of these around the city.”

Jose Contreras, Head of UK & Group Finance at Gamma Energy, said: “Exeter is already leading the charge when it comes to EV adoption but, as in the rest of the UK, many residents currently cannot charge an electric vehicle at home. Our rapid charging network removes that barrier, making electric car use a reality for everyone.”

You can view and respond to the Traffic Regulation Order until February 11 HERE.

You can take part in the Interim Carbon Plan consultation HERE.