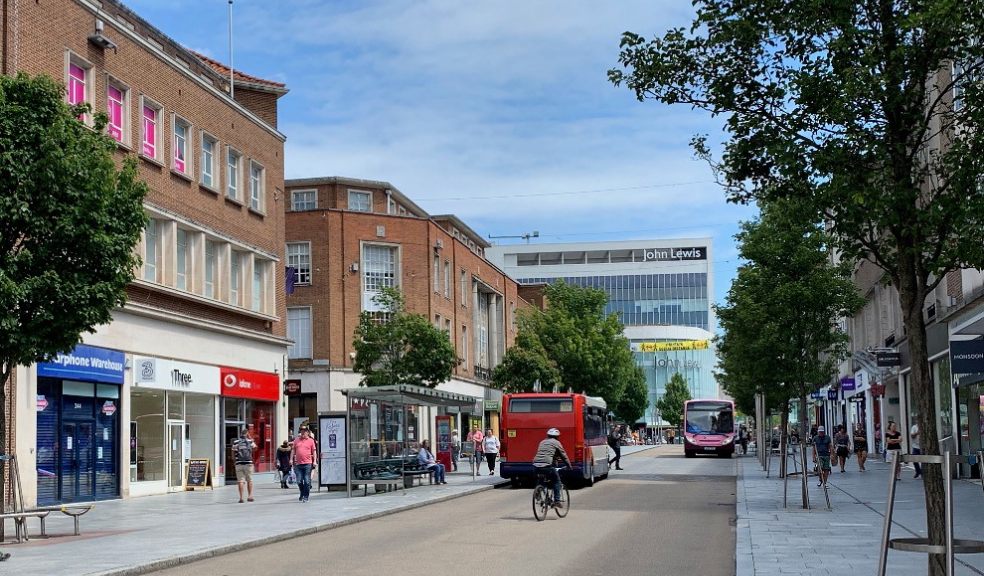 Exeter has been named as one of Britain’s leading shopping locations according to new research ranking the nation’s best performing retail centres.

According to several factors, the HDH Vitality Ranking determines the health of high streets and shopping centres, including the change in residents’ movement, vacancy rates, and suitability to local consumers' demands.

Buckinghamshire market town Beaconsfield topped the list, one of many smaller, accessible commuter-belt towns, such as Henley-on-Thames and Tenterden. These locations have outperformed city centre destinations as consumers’ shopping habits have become very localised due to the COVID-19 pandemic.

Andy Metherell, head of retail consultancy at HDH, explained: “Our analysis is unique as we use variables that both consumers and retailers consider when assessing shopping locations to rank the top 1,000 retail centres in Great Britain. This Vitality Ranking looks very different from previous years as the ‘retail health’ of high streets across the country has seen contrasting fortunes since the start of the pandemic.

“The most vital retail centres currently provide services that are essential to people’s lives, such as grocers and pharmacies. These essential retailers have been able to trade throughout the strictest lockdowns, and consumers have not been willing or able to travel far to visit these stores. Shopping patterns have therefore changed significantly since the start of the pandemic, and consumers’ local high streets are benefitting at the expense of major destinations.”

The top 25 retail destinations dominated by commuter towns for London in the southeast of England, including Henley and Wimbledon village and several commuter towns in the rest of the country, dominate the top 50, including Yarm, Altrincham and Leamington Spa.

Major city-centre destinations that dominated the 2019 rankings are now replaced by more local shopping centres in prosperous areas that provide convenience and essential product categories. London shopping districts, including Westfield London, Knightsbridge, Chelsea, and the West End, saw big falls as the capital noted significant footfall reductions. The same was true of Canary Wharf, which fell by more than 500 places with most office workers working from home.

Dan Hildyard, head of UK retail at HDH, added:  “More restricted consumer shopping habits have had an enormous impact on the relative success of high streets this year, with a shift to home working encouraging residents to reconnect with their local community. Affluence is a factor here, and some consumers are protected from job losses seen in other industries.

“While city centre destinations have suffered from travel restrictions and the absence of office workers, the fundamental strengths of these locations remain, and we expect them to bounce back over the course of this year in line with restrictions being eased. These centres are also leisure and culture hot spots, and many will be looking forward to returning when it is safe to do so.”