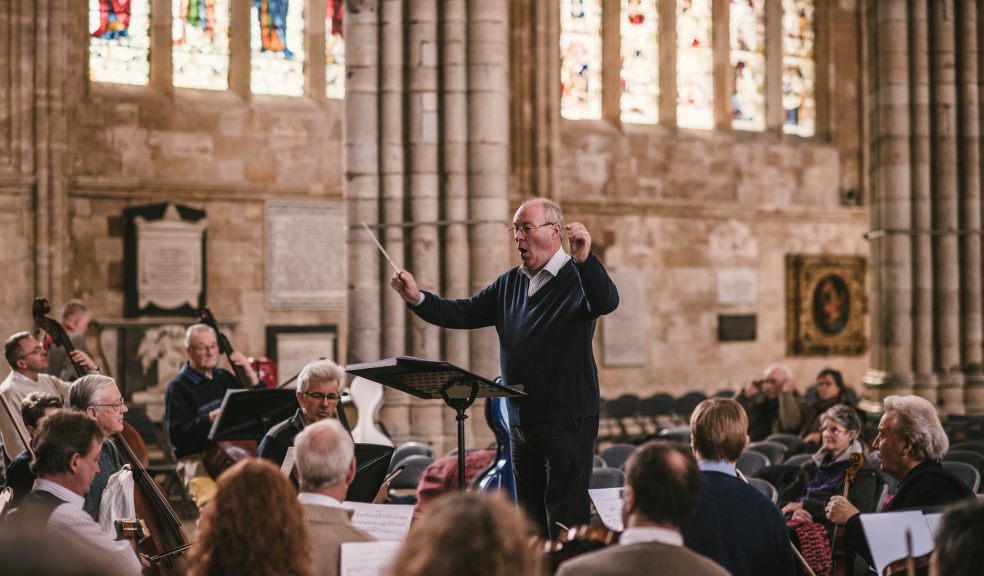 Andrew Millington, Exeter Philharmonic Choir’s musical director for the last fourteen years, will conduct the choir for the last time next month - his farewell concert will be Elgar’s The Dream of Gerontius on May 20th in collaboration with The Sinfonietta.

The Exeter-based conductor, organist and composer has been a key figure in Devon’s classical music scene since 1999 when he moved to the city to become Director of Music at Exeter Cathedral. In 2003, he stepped up to the rostrum to join Exeter Philharmonic Choir, the city’s oldest choral society.

The Choir is currently celebrating its 170th anniversary season with a series of masterworks and sell-out performances: Handel’s Messiah last autumn and Verdi’s Requiem in March. The Dream of Gerontius will again be performed at Exeter Cathedral.

Andrew Millington said: “I’ve always been involved with large choirs wherever my musical career has taken me and I’ve loved working with the dedicated members of Exeter Philharmonic Choir. We’ve done quite a lot of Elgar during my time with the Choir because my home was Malvern in Worcestershire, which is Elgar country, so I feel an affinity with his music. It’s no accident that I’m finishing with Elgar’s The Dream of Gerontius.”

Howard Ionascu, Director of the Junior Academy at the Royal Academy of Music, will be taking over the role from Andrew from September.

Renaissance Villages, which creates high quality retirement developments including Exeter’s Millbrook Village, is sponsoring the May concert, along with Exeter Cookery School.