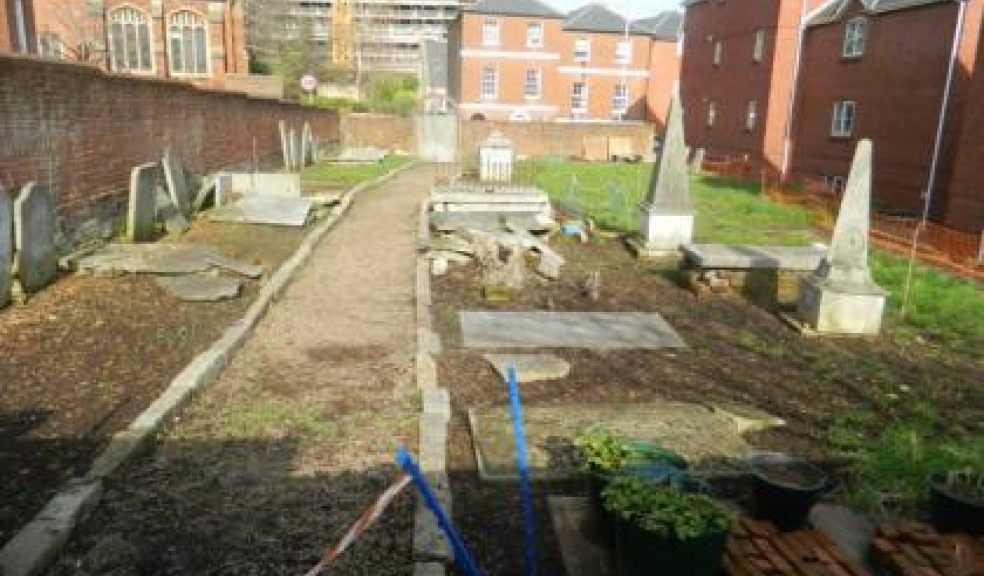 The Dissenters Graveyard in Exeter will be open to visitors between 11am and 4pm on Saturday 9th and Sunday 10th September as part of Heritage Open Days.

This is an opportunity to walk through the nearly restored graveyard and browse through the range of information on the histories of the Graveyard, of Dissent, of the monuments and the people associated with site.

At 2.30pm on Saturday, the West Gallery Quire in costume will sing hymns and psalm settings of the 18th and 19th Centuries.

The programme will include hymns by Sir John Bowring, the most distinguished of Exeter Dissenters, and an ode by Alexander Pope "Vital spark of Heav'nly flame", now known only to specialists though in the first half of the 19th century it was probably the best known of all pieces of funeral music.

Instrumentalists will accompany the Quire if the weather is kind and an anthem from a manuscript psalm book rescued from Georges Meeting House will be performed.

The Dissenters Graveyard is a significant physical remnant of the nonconformist tradition in Exeter.

The Dissenter community was an important part of the city's commercial, religious and political life, particularly during the eighteenth and first half of the nineteenth centuries. At one time Dissenters made up some 40% of the Protestant population of England. The Graveyard was used for burials between 1748 and 1854.

At least 1,300 people are buried at this site on the corner of Magdalen Street and Bull Meadow Road.

Restoration of the Graveyard is nearly complete. Monuments have been repaired, iron gates and railings installed, and the ground seeded with a grass/wild-flower mix. There is now a wheelchair-friendly path.

Exeter Dissenters Graveyard Trust (EDGT) was set up in 2013 specifically to rescue the site from ruinous development.