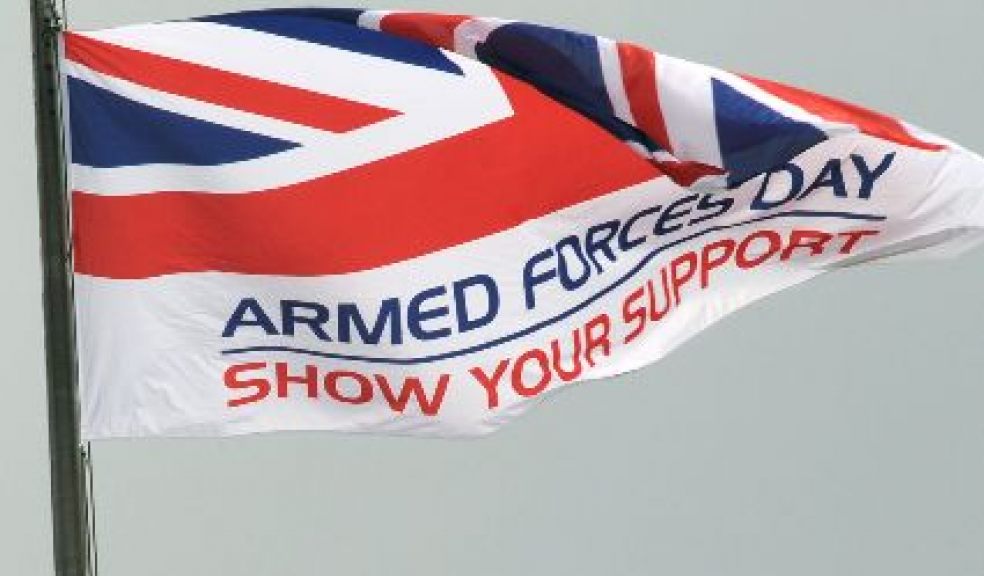 Exeter city centre will be full of servicemen and women, past, present and future as it celebrates Armed Forces Day on Saturday (20 June).

As part of the city’s annual celebrations of the work of the Armed Forces, almost 400 servicemen and women from all branches of the armed forces will be marching through the City Centre with the Lord Mayor of Exeter (Cllr Olwen Foggin), the Vice Lieutenant of Devon (Sir John Cave) and the Deputy Commandant General Royal Marines (Brigadier Richard Spencer) taking the salute at the Guildhall.

Lead by the Band of Her Majesty’s Royal Marines together with representatives from the Rifles, the Coldstream Guards and RAF Brize Norton, the parade will step off from Paris Street at 12 noon before marching along the High Street, and into Cathedral Green. The serving personnel will be followed by representatives of many ex-service organisations from Exeter, together with local cadet units.

The parade will conclude with an inspection of the Band outside the West Door of the Cathedral by Brigadier Spencer.

The celebrations will continue with a military village being erected on the Cathedral Green throughout the day, so that the public can find out more about the various serviced elements.

Finally there will be an evening of music in the Cathedral to celebrate our soldiers where the Exeter Symphony Orchestra will play alongside the Exeter Philharmonic Choir for which tickets are available via www.ticketsource.co.uk/exetercathedral

"It is therefore important that we continually recognise the work of our armed forces and I am delighted that this year’s call to arms has been so well received by all three elements of the armed forces – past, present and future! I call on all residents of the City and beyond to show their support by lining the streets of the City Centre on 20 June.”