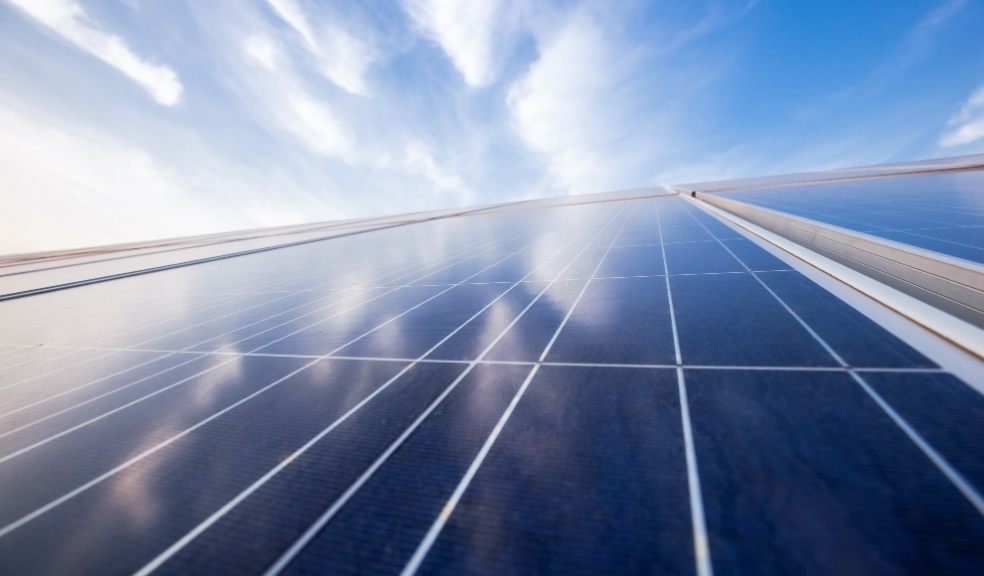 According to analysis by environmental organisation WWF and the Stockholm Environment Institute at the University of York,  Exeter residents have one of the lowest carbon footprints in the UK.

Exeter residents taking part in the analysis had  the lowest average carbon footprint  of any large town or city with a population over 250,000 in the UK  - of 11.6 CO2e (carbon dioxide equivalent). 25%  source their food locally, while 12% of respondents have solar panels (compared with the UK average of 7%).

However, to even further reduce their carbon footprints, Exeter residents could switch to 100% renewable energy providers – as 45% of respondents didn’t know which energy tariff they were on.

UK-wide the analysis has revealed some positive shifts towards a more eco-friendly lifestyle. Data based on more than 300,000 responses to WWF’s carbon footprint calculator found an average 17% reduction in overall carbon footprint [1], as well as a 25% increase in people adopting plant-based diets over the analysis period.

The analysis, taken from 15 months of data between February 2019 and October 2020, showed the positive impact of lifestyle changes at home, with using renewable energy an important factor in people cutting their carbon footprints. The new data shows a near doubling of respondents on 100% renewable energy tariffs (from 12% to 21%) over the time frame. Home emissions, such as from heating and lighting, make up 22% of the average total footprint, meaning that a switch to a 100% renewable energy tariff could save an individual an average of 2.9 tonnes of carbon dioxide equivalent (CO2e) a year. As the average carbon footprint of respondents to the calculator is 13.7 tonnes a year, that represents a significant saving.

Travel is the largest contributor to the average footprint, making up 30%. The impact of COVID-19 has undoubtedly played a large part in footprint reductions, mainly due to the decrease in flights over part of the period analysed. However, average footprints decreased across all areas of lifestyle, which indicates an appetite for more sustainable living.

Switching to lower-carbon transport – including cycling, public transport, and electric cars  helps reduce the travel footprint. Yet even before COVID-19, more than 60% of respondents did not travel by public transport (bus or train), and trends show use of public transport going down. As the UK emerges from the pandemic, this trend must be reversed, with investment in more sustainable public transport to help meet UK targets for emissions reductions.

Interestingly, small steps for the environment in one lifestyle area point towards a smaller overall carbon footprint in other areas too. For example, people who always switch off appliances rather than leaving them on standby have an average footprint in other, unrelated, lifestyle areas (including food and travel) more than 2.5 tonnes smaller than those who don’t switch off. Similarly, data showed respondents who don’t eat meat to have a smaller footprint in non-food-related areas – including home emissions, as well as from the ‘stuff’ they buy such as clothes and electrical goods – compared to meat eaters. On average, the non-food-related part of their footprint is 10.5 tonnes of CO2e compared to 12.4 tonnes for meat eaters.

Despite these encouraging trends, the average carbon footprint will need to reduce much further to help the UK meet its climate goals. Positive steps to cut personal carbon footprints must be combined with action from government and businesses to achieve the necessary scale of change.

Dr Stephen Cornelius, Chief Climate Adviser at WWF, said: “This analysis shows an encouraging trend towards lower carbon footprints across the UK. The doubling in take-up of 100% renewable energy tariffs is particularly positive as this can be a cheap and easy way for people to make a real cut in their emissions.

Travel is another important area for carbon savings and as we come out of lockdown, making deliberate decisions to walk, cycle and safely use public transport are small choices that make a big difference.

In this critical year for environmental action, it’s vital that people also use their voices to ask businesses and government to commit to the scale of transformation needed to tackle climate change and limit warming to 1.5°C.”

Dr Chris West at the Stockholm Environment Institute, University of York, said: "The carbon calculator analysis showed people’s desire for a lower carbon future. Meeting our climate targets will require a combination of small and big changes, such as maintaining a reduction in international travel, which is needed to bring down personal footprints.

Changing consumer behaviours are a very important component of moving towards a low-carbon future, but these must also be complemented by a rapid transition towards renewable energy and a circular economy."

Tools such as WWF’s carbon calculator can help consumers identify their ‘problem areas’ and make changes to green their lifestyle.