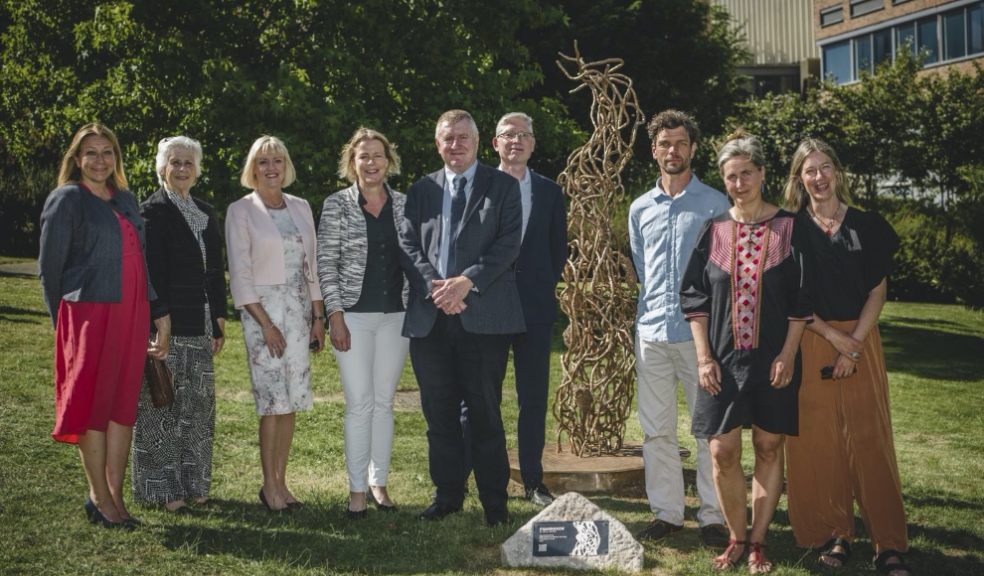 An unusual and thought-provoking new sculpture, created to characterize how science is confronting one of the world’s biggest threats to human health and food security, has been unveiled at the University of Exeter.

The stimulating new artwork, called Pharmakon, was created by Devon artist collective Still/Moving and is made from recycled bronze.

The sculpture was installed outside the Geoffrey Pope Building at the heart of the University’s Streatham Campus.

Guests of honour at the unveiling included Dr Jonathan Pearce, Director of Strategy and Planning for the Medical Research Council and the Lord Mayor of Exeter, Councillor Yolonda Henson

The sculpture is designed to highlight the significant scientific research and advances to tackle the global burden of fungal pathogens - which kill around 1.5 million people worldwide each year.

The poignant new artwork shows the intricate forms that mycelial networks take as they move through the human body, and how the immune system responds, in a striking silhouette design. 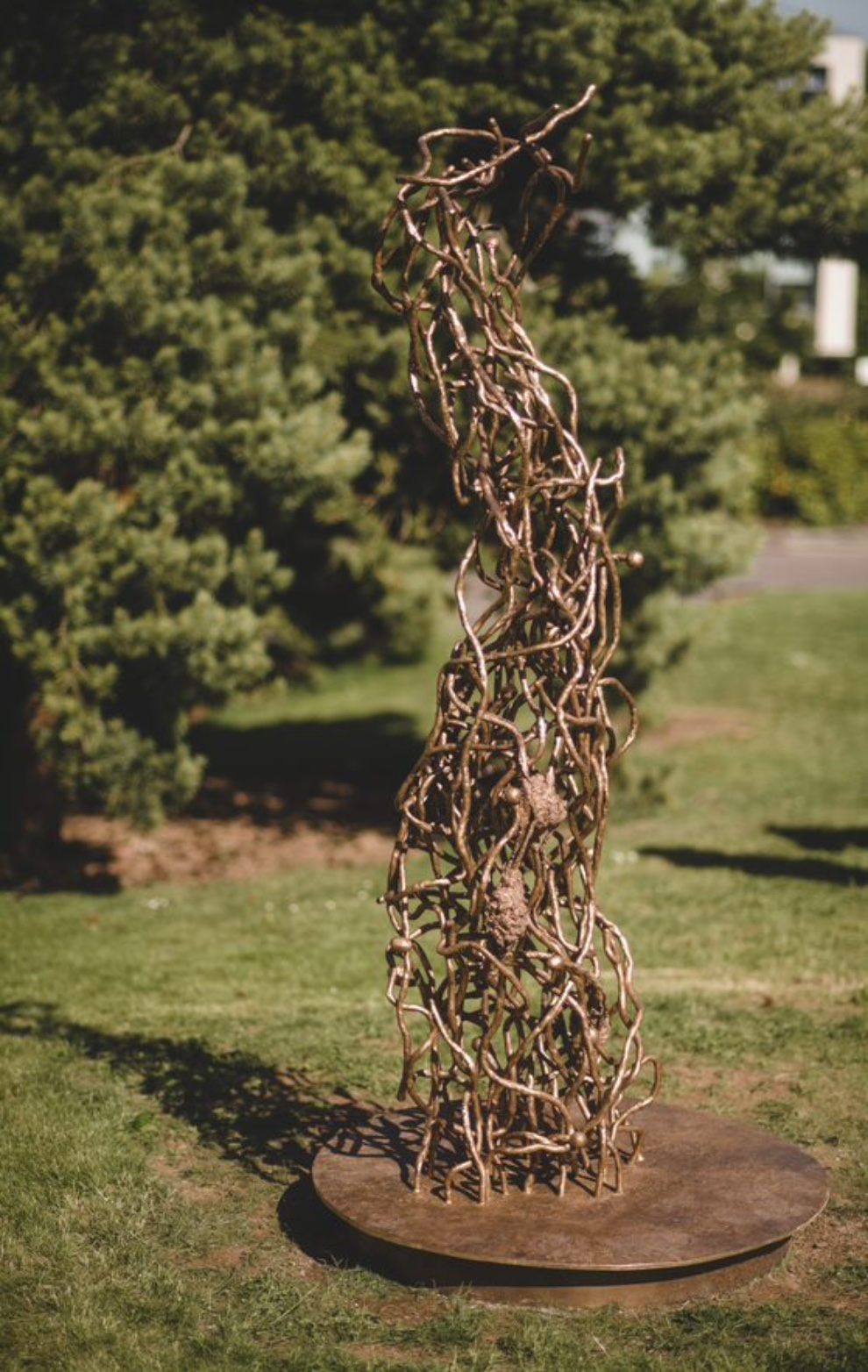 The artwork was commissioned by the Medical Research Council Centre for Medical Mycology (MRC CMM), which is based at the University of Exeter. The Centre is a world-leading authority on the innovative research needed to tackle the threat of fungal pathogens and how to prevent and treat those affected.

Despite the growing threat to human health, the fungal pathogens are amongst the least studied and least understood. The Centre believes this new, impressive and eye-catching sculpture will highlight the huge burden posed by these diseases and bring the integral work it conducts to the public eye.

Still/Moving, who created the striking artwork, is composed of three artists, Laura Hopes, Martin Hampton, and Léonie Hampton, who met when they were 13.

Living in Devon, they aim to create social and ecological change through questioning established modes of thinking and behaviour. Projects are developed through a process of collaborative and participatory dialogue and activity among each other and with partner communities.