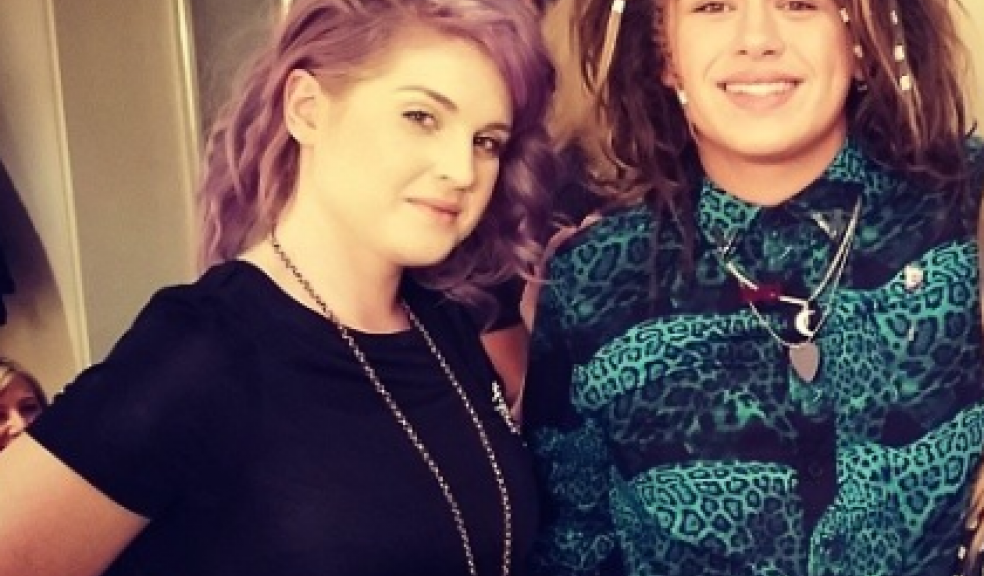 Devon's X Factor hopeful Luke Friend appears to be currying favour with one of the judge's biggest fans. The 17-year-old tweeted a picture of himself with Kelly Osbourne, daughter of Sharon, before tonight's show (above). But he also revealed he feels vulnerable sending a message to fans which read: "Please don't stop voting! Not safe…" Luke, from Teignmouth, received a mixed reaction from the judges last night when he performed his big band number Moondance by Van Morrison. Sharon gave him 110 for effort but Gary Barlow said he was "disappointed"adding the style didn't suit him. However, his coach Louis Walsh said he did a great job. TeamTED are rooting for Luke and will be catching up with him later in the week.