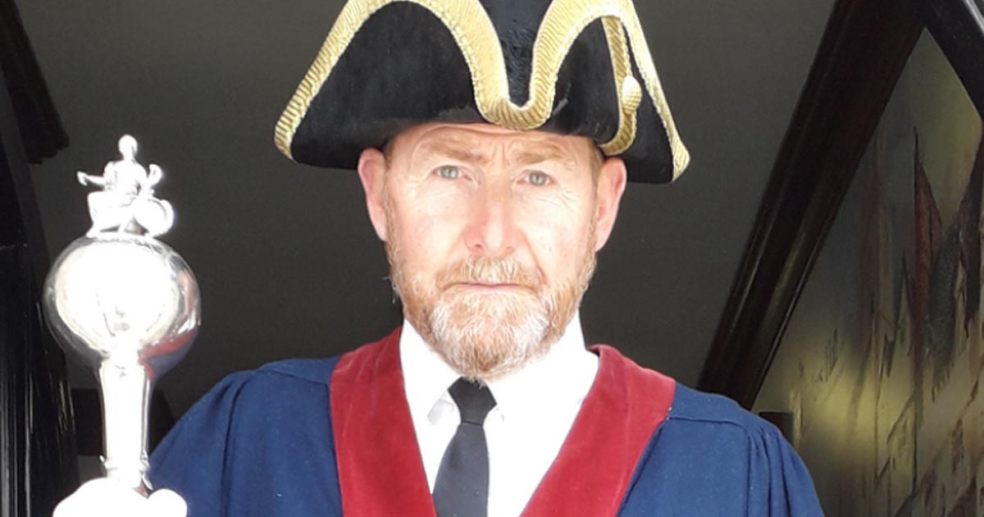 A mace Sergeant who works at Exeter’s Guildhall has been given a second historic role within the city.

Davy Johnston has been appointed as the Beadle for Tuckers Hall. He will work in his new role for the Incorporation of Weavers, Fullers and Shearmen, the historic guild of Exeter’s ancient cloth trade. He is pictured in his new ceremonial uniform above.

Davy, who can usually be seen at the historic Guildhall and at civic occasions (seen pictured above outside Cathedral with former Lord Mayor Lesley Robson), will continue with this job alongside his new role. As Beadle he will take responsibility for the day-to-day running of Tuckers Hall, its free public access, celebratory events, dinners, hall hire and ceremonial events. This combination draws together the two Great Halls of Exeter.

Davy said: "Working as one of The Mayoralty's Mace Sergeants is a great privilege and this has been significantly added to by being appointed as the 35th Beadle of The Incorporation of Weavers, Fullers and Shearmen. Probably better known to Exeter people as Tucker's Hall."

Emara Roth, Lord Mayor's Support Officer, said: "We are extremely proud to see that Davy has joined Tuckers hall which will continue to strengthen our links with The Incorporation of Weavers, Fullers and Shearmen, who in fact celebrated their 400th year of receiving their Royal Charter this month.

“The Weavers, Fullers and Shearmen are one of the oldest Guilds of Exeter that still exist and they have supported the City ever since. They were based at the Historic Guildhall and moved to Tuckers Hall in 1471 where they have remained ever since.

"He replaces a dear friend, Gordon Reid who has been with us for 14 years.  Davy’s personal knowledge of Exeter is exceptional and he brings a wealth of other experience with him that will no doubt increase the enjoyment of all our visitors.

The Cloth trade of Exeter used to be the major force within the city, helping to make it what we know today.  The Charter gave the clothworkers freedom to develop without interference by the City Chamber, who were only interested in the taxes that could be levied.

"We are delighted that there is so much opportunity to develop the bond and cooperation we have today, long may it continue!" added Ian.