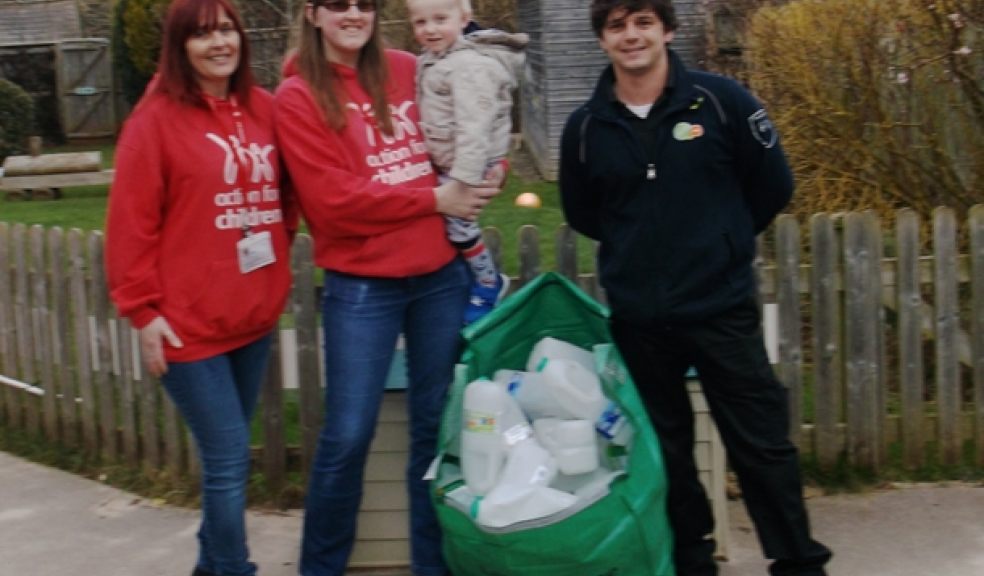 Receiving a delivery of milk bottles at a children’s centre might not seem unusual, but Whipton Children’s Centre has received 500 plastic milk containers and not a dash of milk!

However, they weren’t disappointed because they had asked recycling company SITA UK, which collects unwanted materials from households on behalf of East Devon District Council, to provide the empty containers so that they can build an igloo for the children.

Leanne Cooper and Sue Skinner who work at the Children’s Centre for All2gether which is for children aged 2-4 years are now going to spend several hours putting together the igloo.

Leanne Cooper said:  “We are in the process of redeveloping our garden and thought this would be a great way of teaching the children about reduce, reuse, recycle.”

Sue Skinner added: “At the same time it will support their developmental needs by supporting them in imaginative play and different cultures and ways of living; it will also double up as a retreat for some quiet time and to share some books with a peer.”

SITA UK’s Assistant Contract Manager, Carl Morrish said: “When we heard of the lovely idea to build an igloo for the little children to play in we wanted to help.”

“With the kind approval of our client, East Devon District Council, we quickly pulled out 500, four-pint plastic milk bottles that were destined to be recycled and now they will be reused, which is even better news for the environment,” added Carl.