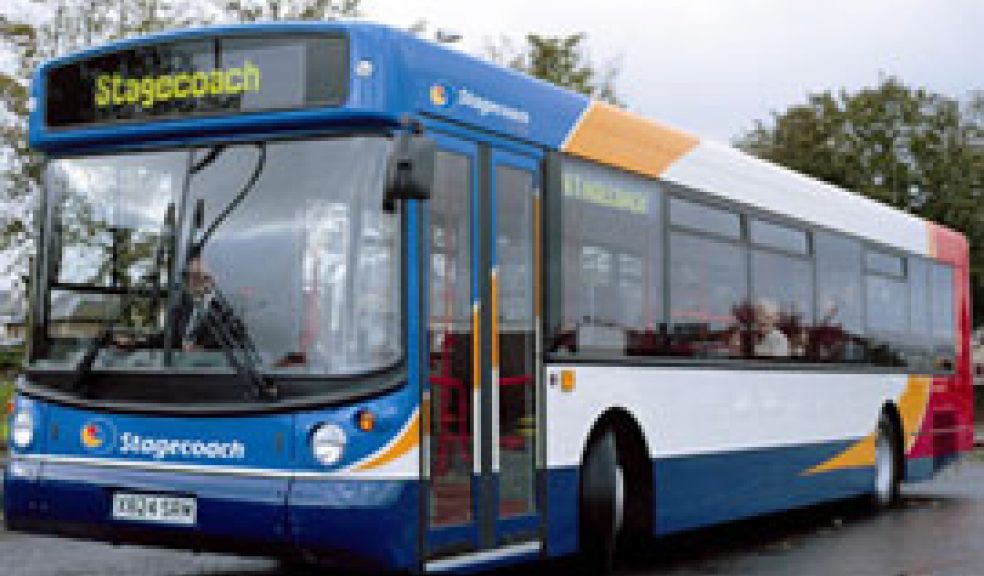 Stagecoach Southwest have announced that, from 30th March 2015, they will be making changes to their B bus service.

The changes have been prompted by the end of 12 months of Devon County Council local sustainable transport funding which saw the B service extend to Dawlish in order to attract new users to/from Matford.

From the end of the month the B service will, instead, revert to finishing at Exminster as the patronage has not materialised which would sustain the extension to the route in the longer term.

The new, combined Hop2/2B timetable provides a bus up to every 15 minutes in the peak hour, an improvement on the current every 20 minutes frequency.

Stagecoach has also taken this opportunity to review passenger figures from Dawlish Warren into Exeter, where a separate extension to route B had been introduced following the withdrawal of the Hop2. The review shows that the service is little used: the train station is located a few yards away from the main bus stop and the more frequent bus connections between Dawlish Warren and Dawlish attract the majority of use.

Michael Watson, Managing Director of Stagecoach South West, commented “Unfortunately neither of the B service extensions has generated much use by passengers. Normally we would expect it to take 4-5 years for a service to develop, but with the funding only being very short term we are unable to continue the Dawlish extension beyond the 12 month funding period. Meanwhile we introduced the Dawlish Warren extension to meet, what now proves to be, a largely non-existent need.

“When we examined our passenger figures for both sections of the route they showed that any journeys made are focused around peak hour travel which is why we’re introducing the 2B service. This will allow customers to easily access both Matford and Marsh Barton first thing in the morning and during the later afternoon. We also believe there will be significant benefits from the new fully integrated and more frequent timetable that we are introducing on the Hop2 in its place.

He added: “We are also engaged in on-going discussions with local residents, Councillors, MPs and Devon County Council about any concerns these changes may prompt.”

Ticket prices to Dawlish were significantly reduced last year with the extension of the Exeter Dayrider Plus and Megarider Plus to Dawlish, allowing unlimited travel for £5.50 per day, £20 per week, or less with longer term tickets available online.

Full details of the new timetables will shortly be available in print and online at www.stagecoachbus.com/southwest and www.travelinesw.com.