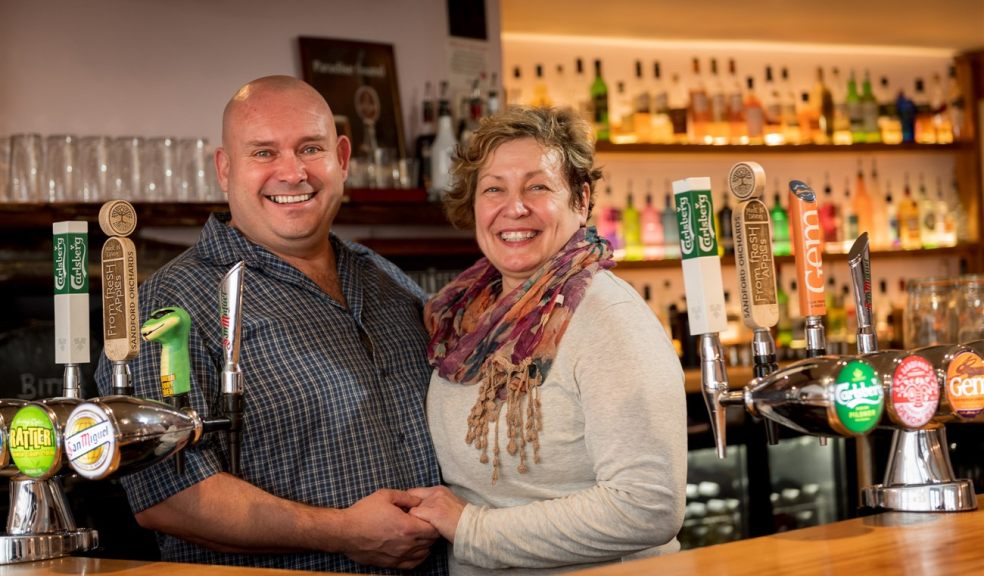 Preparations are underway at popular Ottery town centre pub The Volunteer Inn to mark the tenth anniversary of ownership by Mike and Jacqui Down.

The couple moved into the pub at the end of February 2012 and have spent the past decade working tirelessly to make it into something really special.

The Volunteer started life in 1810, a traditional hostelry with a dark interior, two small rooms, a cramped bar - and outside WCs. “As early as we could, we built inside loos,” says Mike. “There was huge delight when we opened them!”

Another early change was the refurbishment of the back bar room into a light, airy restaurant - the start of a drive to take the quality of the food available to new heights.

“Most recently we invested in a new state-of-the-art Rational iKitchen, allowing us to ensure complete quality control and be more efficient, consistent and creative with the dishes we have on the menu.”

While the pub has always shown a commitment to local suppliers, this has grown and grown over the past 10 years. As well as smaller breweries, the Volley has an enviable choice of spirits drawn from the burgeoning regional ‘craft’ sector.

“When we moved in, there was one gin behind the bar – now we have around 30, plus over 10 choices of rum and vodka, many made locally in Devon and Cornwall. We’re also introducing more locally-produced wines including Lyme Bay Winery.” Mike points out that when they started, annual sales of wine bottles was just 89, this figure is now in the thousands.

As with all hospitality venues, the pandemic took its toll, with The Volunteer having to close its doors, and staying shut when venues with outside space were able to open. Mike and Jacqui reacted positively, putting in place food deliveries so locals could enjoy good, well-priced meals at home. “We clocked up 13,000 miles during the various lockdowns, mainly from delivering to our customers!” The delivery service remains available for Sunday roasts and for a handful of Ottery residents who still feel too vulnerable to go out.

Mike thinks the biggest change in the past 10 years has been building up a first class team to run the pub efficiently - which held the pub in good stead during those difficult times, “From just three of us holding the fort we now have a management team, three chefs and a great local pool of bar and restaurant staff.”

So, what does the future hold for this iconic town centre pub? “We continue to concentrate on the quality of our food, and plan to make even more ingredients – including ice cream and pasta - from scratch. And with the popularity of dining at the Volley at an all-time high, we’re introducing a new dishwashing system!”

One of the major plans for the future is the opening of a beer garden, something that Mike and Jacqui have wanted to do since they took over ten years’ ago. “There’s a lot of work to do to get this right, but all being well our customers will be enjoying drinks in the sunshine sometime in 2023.”

With around 400 pubs closing for good in England and Wales during 2021, it’s testament to their drive and commitment that the pub has not just survived but thrived. The clientele has expanded to embrace both men and women, from real ale drinkers to cocktail fans.

“For us the Volunteer will always be a work in progress; we feel that we are caretakers of the 200 year heritage and as such although we need to move with the times, we will always make sure we keep the heart of the pub the same.”

This special anniversary is also the 10th birthday of the Volley’s pub dog, Scrumpy, who arrived just a week after Mike and Jacqui moved in!