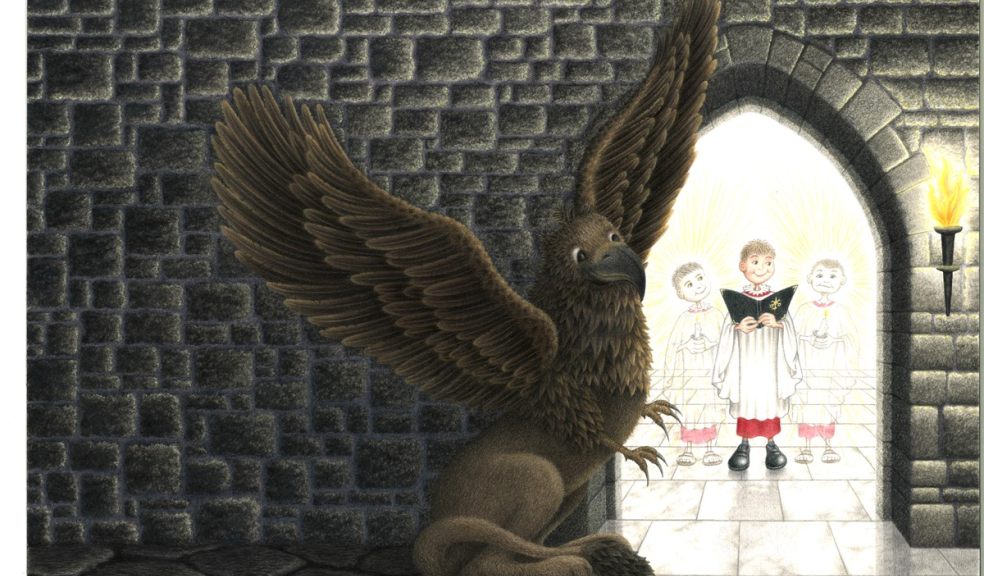 A young singing sensation from Sidmouth will be at Otter Garden Centres in Ottery St Mary on November 27 to sign books he illustrated during illnesses and lockdowns.

James Mason-Carney will also be entertaining customers with renditions of popular songs and Christmas carols.

James hit the news last year when the children’s book that he illustrated was published to great acclaim. Written by his mum, Julie Claire-Carney, the book Tiggs and The Midnight Choir is based on James’s experiences as a chorister at Exeter Cathedral School.

It began when he was in recovery from several serious illnesses. Mum Julie wanted him to have a project to take his mind off his worries and the idea for the illustrations was born. James went on to draw around 140 quirky pictures which are all included in the book, making this a lively read perfect to encourage reluctant readers.

A contemporary ghost story, Tiggs and the Midnight Choir revolves around a mythical creature, a young boy, the ancient, ghostly Midnight Choir - and a sinister plot to threaten the Cathedral’s concerts. Perfectly combining the atmosphere of day to day cathedral life with imaginative fantasy elements and lots of action, it’s a real page-turner. There are plenty of references to real places and events, such as graffiti on the effigy of Bishop Stafford and the bombing of Exeter Cathedral in World War II.

With a real show of spirit, James completed the final illustrations for the book after he lost his hair to alopecia. He coped magnificently with the condition, supported by his family, school and choir friends. Despite wondering whether he was the country's only ‘bald’ chorister, he has still been brave enough to sing publicly.

The book, described as Harry Potter for children who sing, will make a lovely gift this Christmas for readers aged 8 to 12. It has received rave reviews. One purchaser said: “My son says it is the best book he has ever read in his whole life. He has loved reading a book that he can relate so well to.”, while another said: “A totally fantastic read which had me and my children gripped from start to finish! Lots of giggles throughout. Fabulous illustrations too!”

Dean Jonathan Greener commented in the Cathedral newsletter: “My wife and I have become the biggest fans of Tiggs and The Midnight Choir. An adventure novel, a page-turner, which also conveys the elation of singing in a cathedral choir, and the joyful camaraderie of boarding at Exeter Cathedral School. It’s a ripping good yarn, written by a cathedral insider, and beautifully illustrated. And it’s not just for the children: we’re both late-middle-aged - and every page was a delight.”

Otter Garden Centres MD, Jacqui Taylor said: “We’re delighted to be welcoming Julie and James to the garden centre for the book signing.

“It’s going to be a real treat to hear James singing – he has such a beautiful voice. I hope they sell lots of books, it’s a great story set so close by in Exeter. I’m sure many of our customers will have visited the cathedral over the years.”

Some of the songs James will be singing will be included in a CD that he is currently recording. In the meantime, Julie is hoping to start the next instalment of the story soon. She says she is currently talking with as many people as possible to gain inspiration and will be pleased to discuss ideas with Otter customers.

Meet James and his mum at Otter Garden Centres in Ottery on Saturday November 27 from 12 to 4.30pm where they will be available to sign copies of the book and chat about the experience of writing and illustrating it.