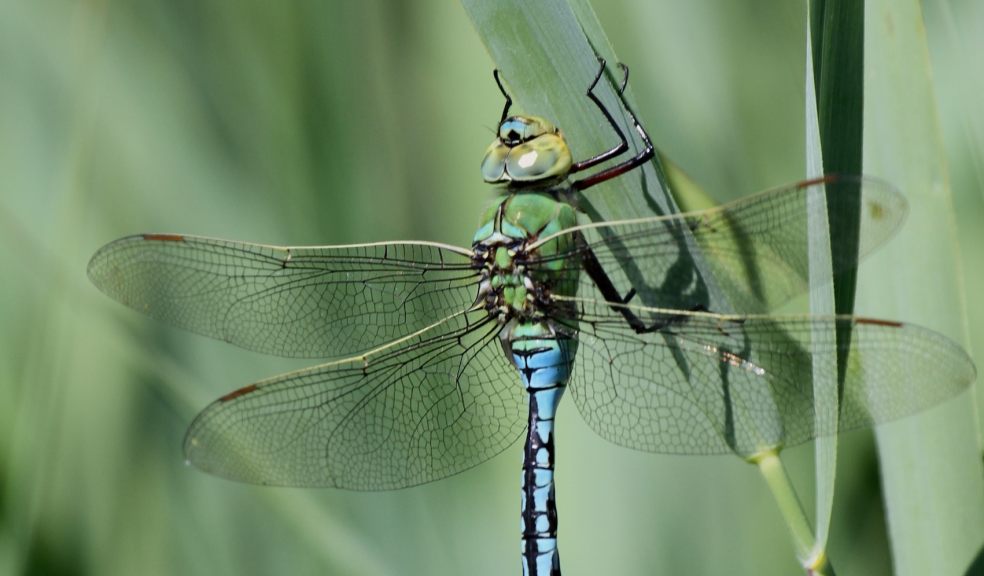 The summer holidays got off to a ‘flying’ start for local youngsters when EDDC’s Countryside Team joined other local organisations with a rural theme at the annual Natural Seaton Festival.

The event was organised by the Seaton Visitor Centre Trust to celebrate the geological and ecological wealth of the town.

The first EDDC Countryside event of the weekend was Meet the Bats led by Fiona Mathews, Senior Lecturer in Mammalian Biology at Exeter University. Eleven of our 15 native species of bat have been recorded on the Axe Estuary Wetlands in Seaton, and electronic bat detectors were used to identify the different species present on Friday evening.

Getting closer to winged creatures of the night

These included Common Pipistrelles, Soprano Pipistrelles and a Dawbenton’s bat, which is particularly suited to this environment as it prefers to fly over water.

Fiona brought a bat along for visitors to meet close up. “Manky”, a Serotine bat, so named because he lost his ears due to disease, can no longer live in the outside world, having lost his ‘radar’ system, so he accompanies Fiona on some of her teaching sessions.

Conditions on the Saturday morning were still and warm - perfect for the ‘Moth Breakfast’. About 300 moths were collected in a purpose-built humane moth trap during the previous night and participants were taught the fundamentals of moth identification by EDDC ranger Steve Edmonds with help from Maryanne.

Some 55 different species were noted on the species logsheet, including the beautiful pink Elephant Hawk Moth and the astonishing Buff Tip Moth (pictured) which looks just like a piece of birch twig. The creatures were later released unharmed in the same spot where they were caught and afterwards everyone enjoyed bacon butties and a cup of tea.

Throughout the Saturday children of all ages joined EDDC Education Ranger Penny Evans at the Natural England showground to make dragonflies and bees. Seaton Champion Councillor Steph Jones was watching the session, and commented: “They seemed to really enjoy making different items with a connection to the countryside. I think it’s a brilliant way to get children interested in the countryside around them in an entertaining way.

“The Education Rangers do a fantastic job, as do the whole of the Countryside Team, and that is demonstrated by the large number of bookings of the classroom at the Wetlands. It’s a fun way to get children out into the fresh air and countryside and at the same time they are learning about the environment”.

Meanwhile, back at the Axe Estuary Wetlands, Ranger Steve led a walk at Seaton Marshes to look for dragonflies and damselflies, which are abundant on the Wetlands at this time of year. Four types of damselfly and two of dragonfly were spotted, including a Black Tailed Skimmer, which Steve was able to catch and hold so that everyone could take a good look at it.

The classroom on the Axe Estuary Wetlands was hosting a talk on the Geology, Landscape and Scenery of South East Devonshire by Professor Malcolm Hart of Plymouth University, which was attended by 32 people, many of whom arrived by special arrangement on the tram.

The Countryside team were working in partnership with other similar groups once again at the weekend when Heath Week started with Family Festival Day at Woodbury Castle on Sunday 28 July.