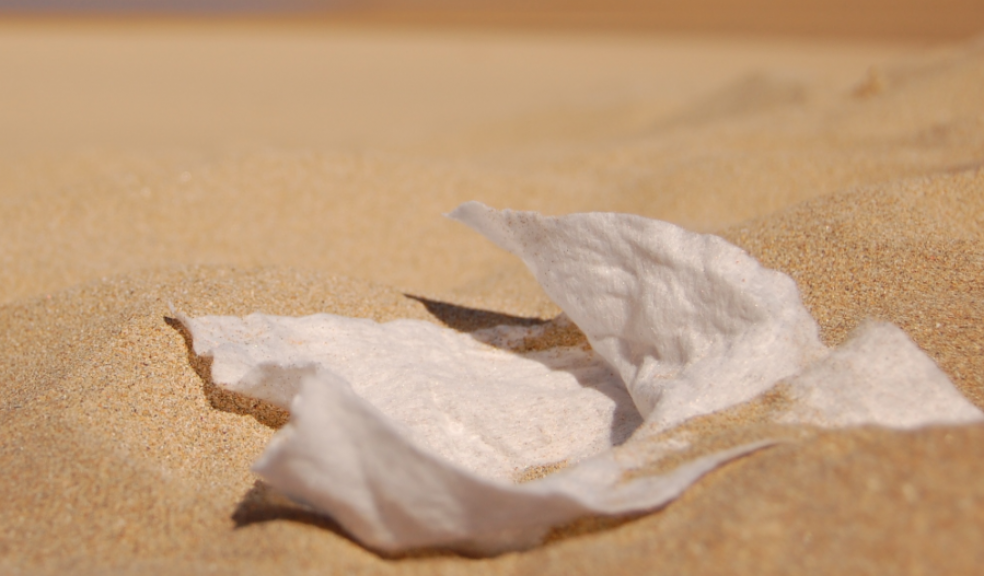 A 400% rise in wipes on beaches is putting marine life at risk – and pushing up your bills, it was warned today.

We all love a wet wipe! Wipe the baby’s bum, get rid of the make-up and cleanse, slap on the fake tan –our bathrooms are full of them. But instead of ending up in the bin when they’re finished with – millions are being popped down the pan because of consumer confusion.

That’s because some are labelled flushable, some biodegradable and some need you to read every bit of the small print which most of us can’t be bothered to do. But the truth is, even those labelled flushable are failing to meet the water industry standard, just adding to the nightmare.

The Marine Conservation Society (MCS) has today launched a campaign to persuade retailers and manufacturers to clearly label their wet wipe products with a ‘DON’T FLUSH’ message on their packaging so they go in the bin, not down the loo.

“Our sewerage systems weren’t built to cope with wet wipes. When flushed they don’t disintegrate like toilet paper, and they typically contain plastic so once they reach the sea, they last for a very long time. They can cause blockages in our sewers, and then, everything else that has been flushed down the loo can either back up into people’s homes, or overflow into rivers and seas,” says MCS Head of Pollution, Dr Laura Foster.

Flushed wet wipes are a nightmare. It only takes a few to clog up your drains and when they team up with fats and oils they create massive fatbergs in the public sewers –which can be as big as a bus!

The MCS ‘Wet Wipes Turn Nasty When You Flush Them’ campaign highlights the monster issue that flushing unflushables is becoming and urges the public to get behind the charity’s call for better wet wipe labelling.

The average cost to sorting out a wet wipe blockage is around £66. Water companies say there are over 366,000 sewer blockages throughout the UK every year, of which between 50% and 80% are caused by fats, oils and grease, wipes, sanitary waste and other unflushable items. Those figures have resulted in about £88 million being spent annually on sorting out the blockages - costs that will be paid for through higher customer bills.

In 2015, during the MCS Great British Beach Clean, volunteers found nearly 4,000 wet wipes around the UK coastline – that’s roughly 50 for every kilometre cleaned – a 30% rise on the previous year and a 400% rise in a decade.

But wet wipes also pose a massive threat to marine life. Containing plastic, these squares never go away – they just get slowly broken down and become microplastics which are then ingested. Organisms negatively impacted by ingesting microplastic range from the small zooplankton to larger marine animals such as fin whales and they’ve been  found in mussels heading for human consumption.

“This source of microplastic is easy to prevent and we want any product which is being designed to be washed or flushed down the drain to be free from plastics,” says Dr Foster. “Retailers have already recognised the issue of microplastics in face scrubs- designing a product that is guaranteed to pollute the environment isn’t smart. We want to see them changing the labeling so consumers get rid of wipes in the right way and help stop tiny bits of plastic getting into our seas.”