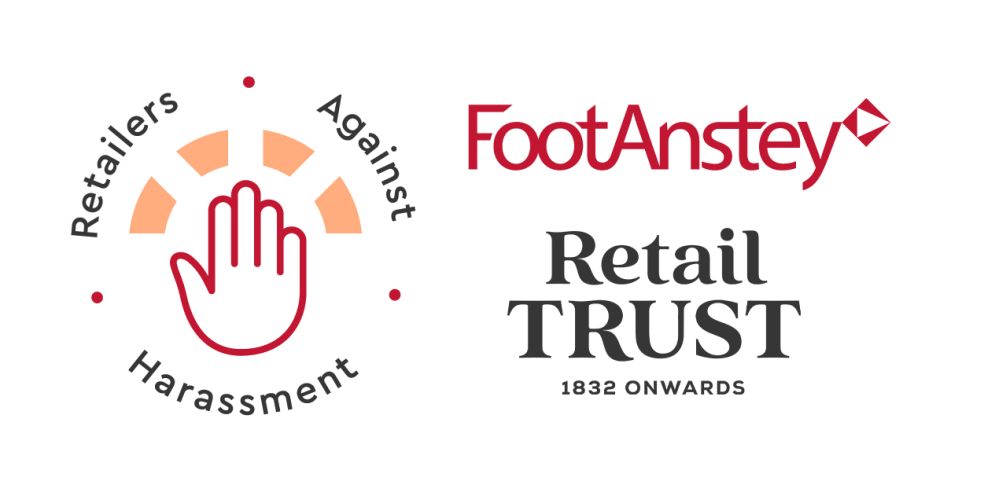 Several well-known retailers are now in talks to commit to The Retailers Against Harassment Certification which has been designed to create safer working environments for staff. Participating employers will work with Foot Anstey and the Retail Trust to review and improve the measures they have in place to protect their workers and deal with any complaints of harassment. The Retailers Against Harassment Certification will then be awarded to each retailer to demonstrate the actions it is taking to tackle abusive incidents.

The move follows research by Foot Anstey that found nearly two thirds (61 percent) of shop workers have experienced offensive behaviour at work since the pandemic1, causing stress, anxiety and a loss of self-esteem. However, only 15 percent of retailers told the Retail Trust that they have raised awareness or implemented training to deal with the issue2.

Retailers looking to achieve certification, will be assessed across multiple aspects, including the policies and procedures they have in place to deal with harassment, their leadership's commitment to tackling the problem, employee experiences, and how complaints are handled. Foot Anstey's legal advisors will work with the retailer to identify risks and opportunities to improve and, where appropriate, will refer the retailer to the Retail Trust team for further support and advice.

The creation of the certification follows the British Retail Consortium's open letter2 to the Prime Minister in July 2021 calling for greater legal protection for retail workers, which was signed by the leaders of 100 retailers, including Ikea, Sainsbury's and Tesco. New legislation in Scotland, that makes it a criminal offence to assault, abuse or threaten retail staff, has not yet been introduced across the rest of the UK.

Helen Dickinson, Chief Executive of the BRC, said: “Violence towards shopworkers remains a major problem facing the industry. We welcome any initiatives aimed at supporting colleagues, and helping retailers to protect their workers. Similarly we welcome new ways to evaluate the effectiveness of measures currently in place to protect colleagues.”

A survey by the Home Affairs Committee last year found that, of the 87 per cent of retail workers who reported an offence to their employer, nearly half said that no further action was taken. A third of respondents said they did not report incidents to their employer because they believed nothing would be done or it was ‘just part of the job’.

Nathan Peacey, Head of Retail and Consumer at Foot Anstey commented: "Our study into harassment in retail presented some alarming results and left us wondering what more could be done to protect this group of keyworkers and help create safer working environments for retail workers.

"Responsible retailers are already aware of the problem and are working hard to address it, and this certification is an opportunity to gauge the efficacy of their actions and show their teams they are taking this issue seriously. The program will help retailers to build on their current approach using our insight and legal know-how, and Retail Trust's 190 years of industry experience."

Demand for the Retail Trust’s services, which includes metal health support and financial aid, has nearly doubled since the start of the pandemic. It has answered 25,000 helpline calls and run more than 11,000 counselling sessions to provide support those facing stress, anxiety, and depression and help people working in the sector pay their bills.

Chris Brook-Carter, the Chief Executive of the Retail Trust added: “More and more people are turning to the Retail Trust because of the rising levels of abuse they are receiving in stores and call centres. This programme will help to give retail workers some of the clarity and reassurance they deserve by showing exactly what their employers are doing to protect them.

“The Retailers Against Harassment Certification recognises the important role that employers have to play in creating safer and happier workplaces for their staff, and we applaud any retailers that take part. We look forward to helping more people this year as we join forces with Foot Anstey to bring the industry together in tackling such a terrible issue.”