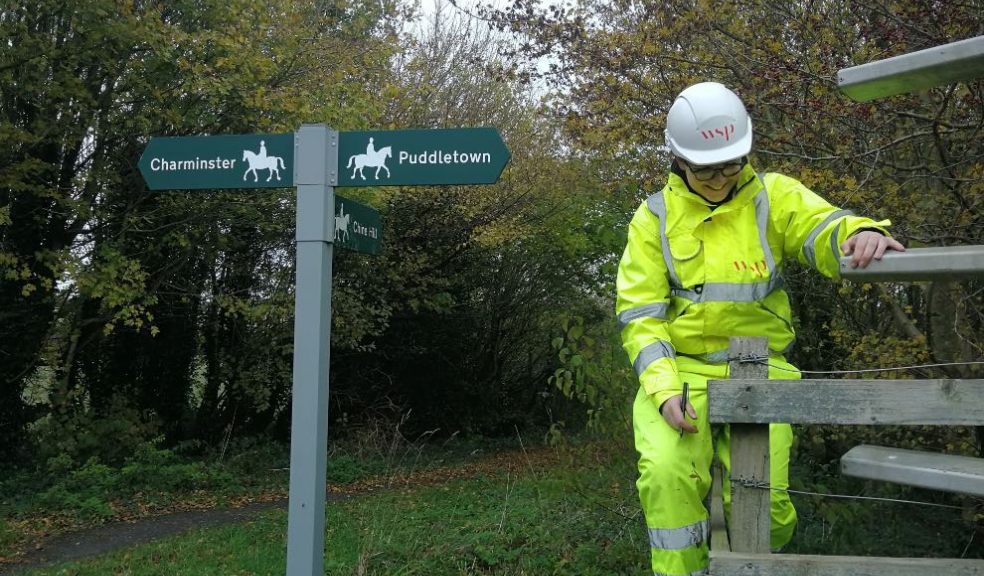 Molly said: “I was shocked to discover I had been nominated. It is nice to know that my lecturer thinks I am worthy of such an award.”

Molly hopes that if she wins the award, it will show companies and employers that hiring an apprentice is a worthwhile and viable option, and will successfully promote engineering as an industry for females.

Sarah Armitage, Senior Recruitment and Development Specialist at WSP said: “We are delighted that Molly has received this nomination, a clear indication of her hard work and success in her studies.

“WSP and the University of Exeter have worked together for a number of years to provide the best support possible for our apprentices, ensuring that they develop the depth of knowledge and fundamental skills to progress in their careers.  We are so proud of Molly, here’s hoping for a win for her!”

Molly works in the bridge department at WSP in a team of 10 civil engineers, inspecting and reporting the condition of bridges for clients under the Somerset County Council Principal Inspection programme.

The 60 structures across Somerset which need inspecting every six years under government guidelines, are often difficult to access, requiring specialist equipment, and a certain level of bravery, coming face-to-face with the bridges’ resident spiders! Molly has also worked on a £250k silt removal and concrete repairs project on-site in Bridgewater.

Molly spends two weeks a term attending lectures at the University of Exeter Streatham campus, which will now continue to be delivered online. Molly’s industry experience at WSP supports her understanding of the challenging and fast-paced degree content.

University lecturers and course leader Charlie Statham are available to provide students with further study support when needed. Molly enjoys using the campus sports facilities in her free time, and plays on the University of Exeter Women’s Football team where she has formed close friendships with team members and fellow students.

Studying a Degree Apprenticeship offers first-hand industry experience unlike a traditional degree and avoids the financial debt associated with university.  Molly receives a working salary and tuition fees are covered by WSP under the 2017 Apprenticeship Levy.

Molly will finish her Degree Apprenticeship with a professional engineer accreditation (iEng), making her a highly employable engineering graduate.

Degree Apprenticeships offer a more self-directed approach to studying which Molly prefers to traditional teaching. She said: “I never saw myself going to university but I knew I wanted to carry on my education to further myself, so when I found out about Degree Apprenticeships I thought this is a winner. I can get real world experience in the workplace as well as getting a degree and getting paid at the same time.”

Molly will give an online presentation on 20th April before the ICE South West Apprentice of the Year winner will be decided.

In the future Molly hopes to take a Master’s Degree Apprenticeship at WSP, working on even bigger projects as a chartered engineer. She will however, cross that bridge when she comes to it.