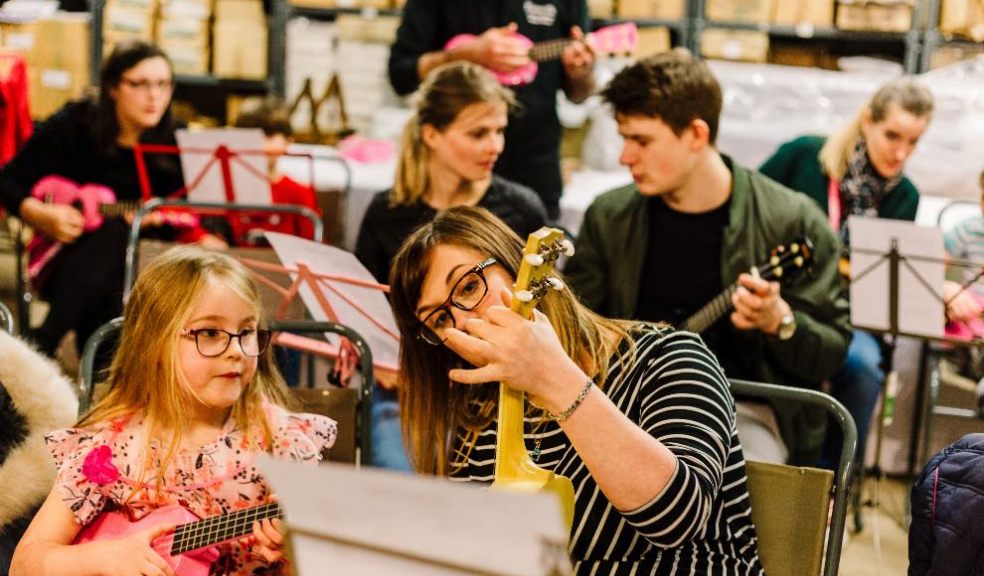 Learn to Play Day - a free national event to encourage everyone in the UK to start making music - is coming to Devon this March.

Supported by Jools Holland OBE, and run by charity Music for All, the 2020 Learn to Play Day will take place on Saturday 28th and Sunday 29th March, and will see music shops, teachers, venues and schools throughout the county partner with leading musical instrument brands to offer thousands of FREE music lessons.

So far, participating venues include Musicroom Exeter. The store will be offering free piano, drum and guitar lessons, as well as running a competition to win instruments on Saturday 28th March.

Further venues are set to be announced over the coming weeks.

Since being launched nine years ago, the Learn to Play Day initiative has helped thousands of people pick up and play a musical instrument. Many had never played before, while others played as a child but gave up.

Held in partnership with the Musicians’ Union, the ‘Take It Away’ scheme and Making Music, the Learn to Play Day initiative has been growing in popularity with a record 10,000 free lessons held during lastyear’s event.

Famed musician Jools Holland said: “As Patron of the Music for All charity, I’m delighted to lend my support to National Learn to Play Day on March 28th and 29th. It’s a pleasure to be able to share the joy of music, and this special day allows thousands to get involved as venues all over the country offer music lessons for free.”

Fellow artist Jamie Cullum added: “National Learn to Play Day gives everyone a chance to play an instrument, even if they’ve never played before. This wonderful day introduces thousands to the magic of music making, and often reunites people with a lost passion for playing. Get involved and perhaps discover a skill you thought you didn’t have!"

Paul McManus, CEO at Music for All, concluded: “While we all may have different tastes and preferred genres, there is no doubt that music is something that is universally loved around the world.

“Our Learn to Play Day events are all about spreading the joy of playing a musical instrument and inspiring those of all ages to take up something that will not only have health benefits for the future, but that also brings so many people together.”

To find a FREE music lesson near you, simply visit https://musicforall.org.uk/learntoplayday/