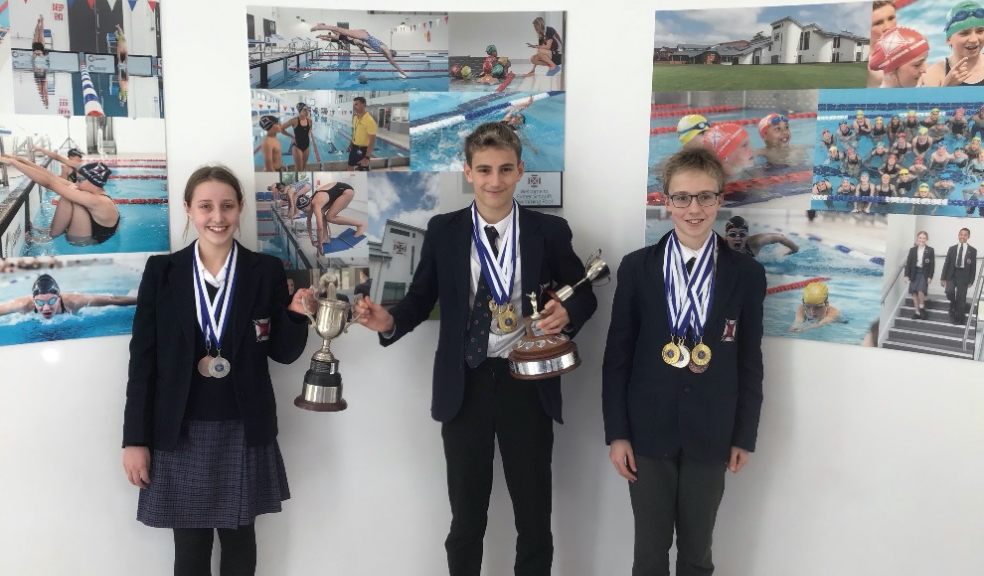 Seven pupils from Exeter School competed for their respective swim clubs in the Devon Swimming Championships during January and February.

Emily Bishop competed in 10 events in the U14 category gaining four PBs with a very strong performance in the 50m freestyle placing her only a few milliseconds away from a regional time.

Hanna Sari also competed in the U14 category, gaining qualifying times in 12 events and achieving five PBs, while her sister Sara reached the finals in eight events in the U15 category also gaining third place in the 400m individual medley.

James Biddick gained a very impressive five medals including a gold in both the 50m and 200m butterfly, silvers in 400m and 800m freestyle and bronze in the 200 individual medley.

Gary Robb, Director of Aquatic at Exeter School said: “It’s always a feeling of great pride when we see our pupils succeed, whether they are representing their club, or their school. The pupils have all done tremendously well, despite some missing events due to Covid, and their achievements are the result of determination, hard work and commitment.”