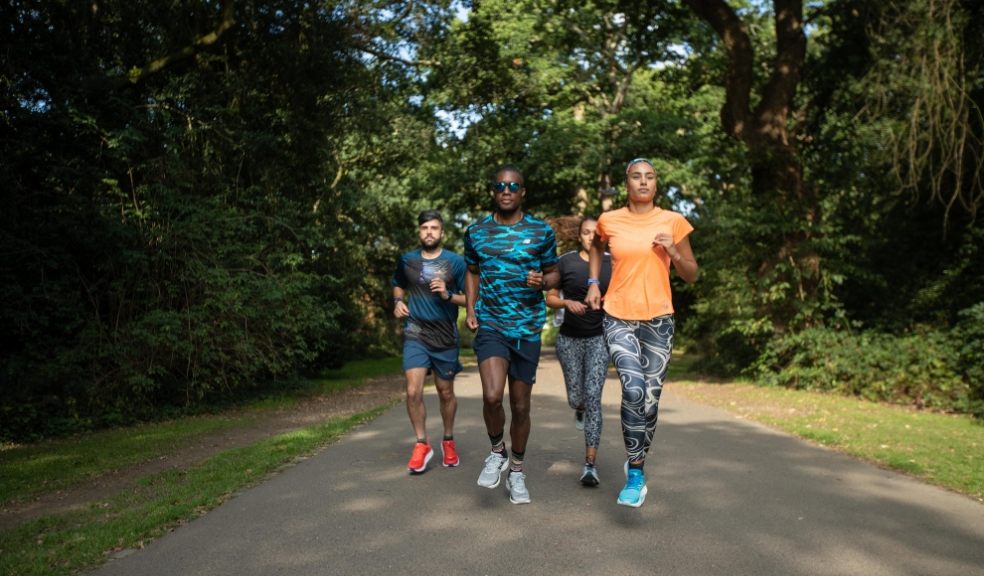 More than two in five runners in the South West (42%) say running has been good for their mental health during the pandemic – with 10% saying they wouldn't have been able to get through the last year without it.

However, research by running specialists, Runners Need, shows that 16% of South West runners said they have found it harder to stay motivated during lockdown without organised races to look forward to.

With almost a fifth of people (18%) in the South West enjoying running challenges and enjoying recording their run using an app (24%) – combined with all the benefits to both mind and body that the sport brings – Runners Need has partnered with New Balance to bring the Run For You challenge on Strava.

The challenge starts on May 10 to coincide with Mental Health Awareness Week and will reward runners for completing 20 minutes of running on three separate days until May 16.

Rowan Edwards, Store Manager at Runners Need in Exeter, said: "Now more than ever it's important that we put on our running shoes and take some exercise, not only for our physical health but also for our mental wellbeing.  At Runners Need we run to feel alive – to leave behind whatever holds us back and find that release, that calm and clarity, that focus.

"We all know a run changes your day – but it also has the power to change your life. That is why we are encouraging people to take on this challenge and take these positive steps to unlocking the benefits it brings to mental and physical health."

The Runners Need research of 1,500 runners also revealed that running is one of the main ways almost a third of South West runners (31%) combat low mood and depression, further highlighting the importance of the sport.

More than a third (35%) says it also instantly lifts their mood and makes them feel happy for ages afterwards which is why, unsurprisingly, nearly a quarter (23%) never regret going on a run.

Rowan added: "Signing up to a challenge is a great way to keep yourself motivated and give yourself something to work towards.

"Just being outdoors in the fresh air and putting one foot in front of the other is incredibly therapeutic. And this is something which others also enjoy too as our research shows that almost a quarter of runners in the South West (21%) enjoy zoning out and just concentrating on the run.   As we continue to emerge out of lockdown I'd urge everyone to take up the exercise and continue to reap the benefits running brings to our lives."

For those who sign up and take part in the free Strava challenge, all they need to do is run three times in one week to receive 20% off full priced New Balance running products at Runners Need.

They will also be entered into a prize draw to win New Balance kit and to have the option to enter into a further draw to win a place at the Virgin Money London Marathon on October 3, 2021.

To sign up to the challenge to be rewarded simply for going for a run visit https://www.runnersneed.com/competitions/strava.html