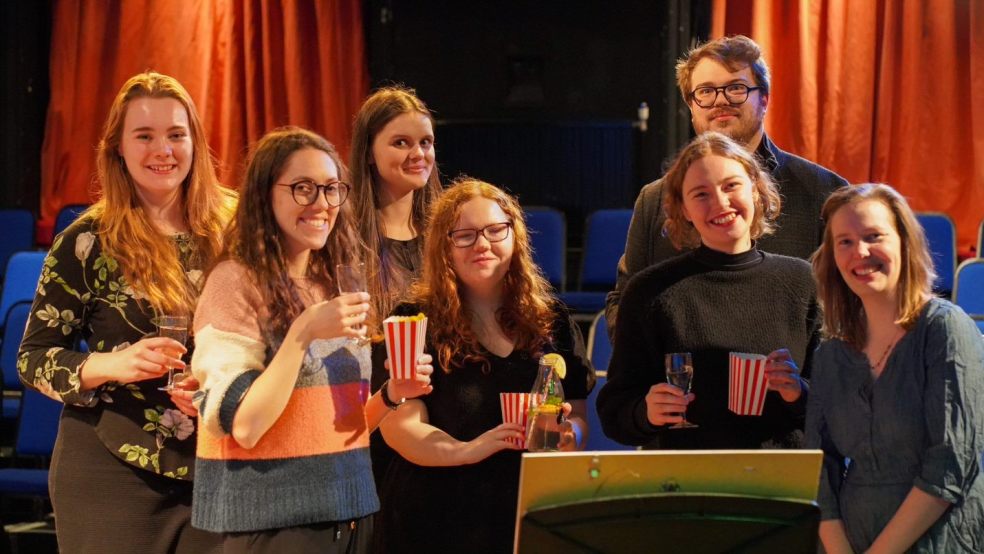 Over 30 Exeter businesses braved the stormy weather on Thursday 17th February to attend a ‘sneak peek’ preview of Cygnet Theatre’s ‘Dream Festival 2022’ coming to the city in April.

A presentation showcasing the many confirmed festival artists was interspersed by incredible performances by Cygnet’s current students, giving businesses a glimpse of the varied programme to come and the opportunities that exist for them to shape the success of the festival.

One such business owner was Henry Massey, managing director of Exe Squared Ltd, who is lending CRM database expertise to the project, as well as funding a Roman Storytelling event with well-known local storytellers, Katy Cawkwell and David Heathfield. “When we met the team at Cygnet, they were struggling with organising a massive festival on a few unwieldy spreadsheets although their ideas were fantastic,” said Henry. “We have helped them to manage their data, essential if they are to meet their fast-approaching deadlines and we feel our partnership represents the perfect match of business efficiency and creativity”.

Katy Cawkwell, a long-term supporter of the festival, set up a Crowdfunder at artemis-storytelling.co.uk to raise funds for additional storytelling in the festival.  Her event is to be held at the café of Exeter’s John Lewis store and is another successful example of collaboration between art and business.

InExeter, the headline sponsor for the festival financed the creation of a new website (designed by TOCO Digital who in-kind funded half the cost) and supported an element of the branding designed by the team at Adler and Adler.

Exeter’s One Voice Media and Alder and Alder both received awards for their ‘over and above’ commitment to the festival.  Awarded with replica gold Oscars, they walked a Hollywood-Style Walk of Fame with sponsors names ‘written in the stars’, and their brilliant acceptance speeches talked about the need for a big festival to bring positivity to the people of Exeter, after the difficult pandemic years.

Helga Beer, festival organiser said: “The sense of togetherness on the evening was palpable.  New partnerships were springing up between guests as they explored creative ideas to bring some ‘wow’ to the festival”.

Harry’s restaurant provided the prosecco, poured on the night by business owner Helen Comer, of Ten Green Bottles. “I was happy to lend a hand,” said Helen.  “I am a small business owner so understand the pressures on a tiny team to deliver such an ambitious festival.  Where I might not be able to offer money, I can give my skills”.

For more information on how to get involved please contact Elliot media@cygnettheatre.co.uk.