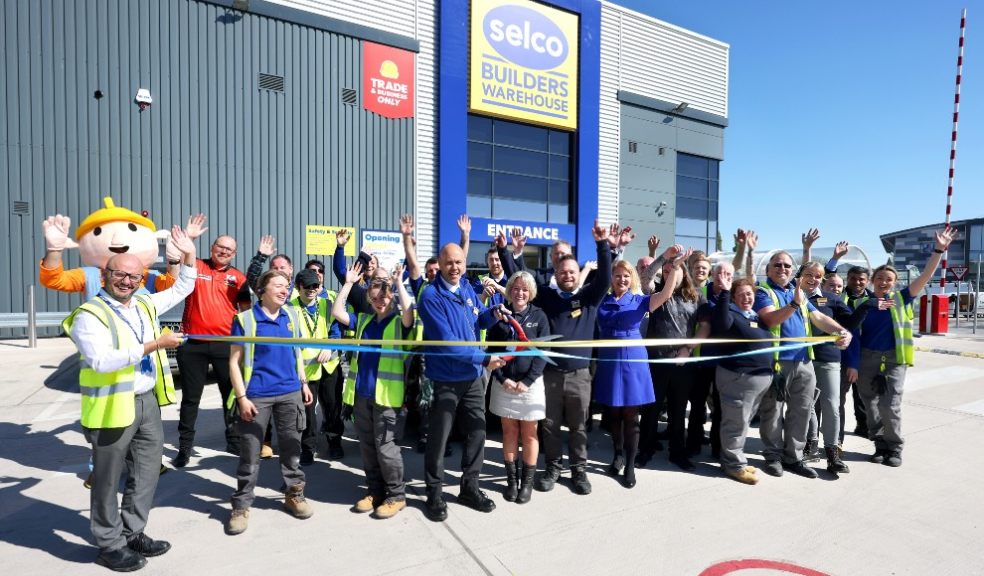 A leading builders merchant has marked the opening of a new branch in Exeter by supporting a south west charity and hosting a special darts event.

As part of its ongoing expansion around the UK, Selco Builders Warehouse has cut the ribbon on a new branch on Filmer Way in Marsh Barton, its 73rd in the UK.

To mark the opening, Selco made a £1,000 donation to Jay’s Aim – a south west charity which provides support to community groups looking to purchase defibrillators - as well as pledging a further £2,000 to its nominated charity Cancer Research UK.

Jay’s Aim was selected as the winner of the Selco Community Heroes competition, which invited community groups and charities in and around Exeter to have the chance to win £1,000 to support their work.

Jay’s Aim was founded in 2018 by the family of James Osborne who died at the age of 28  following a fatal cardiac arrest while on a run with what was subsequently revealed to be an undiagnosed hereditary heart condition.

Simon Osborne, from Jay’s Aim, said: “We were determined to do something to remember Jay and the charity has been a fitting way to do that and the perfect legacy.

“We work right across the south west and so far have provided CPR training to more than 5,500 people and defibrillators to more than 100 community groups.

“The support of Selco is going to make a huge difference to continuing the work that we do to help save the lives of people who may not be aware they even have a heart problem.”

At the branch opening -and as part of its partnership with the Professional Darts Cooperation - two big names from the world of darts – Devon-based Ryan Searle and former BDO World Champion and current Sky Sports presenter Mark Webster – took on customers and colleagues in special nine dart challenges.

Barry Price, branch manager at Selco Exeter, said: “It’s fantastic to be able to open our Exeter branch and take the Selco offering into a new part of the country and further help serve tradespeople of the local area.

“Supporting charities and community groups in the local areas in which we operate is an integral part of the Selco ethos so we are delighted to mark the opening of our new branch with a £3,000 donation. We hope the funding will make a real difference to very worthy causes.

“There was a great buzz for the opening of the branch and the darts challenges certainly created additional excitement.”

With hundreds of trade brands always in stock, Selco’s 73 UK branches are firmly focused on helping tradespeople complete their jobs as quickly and effectively as possible.