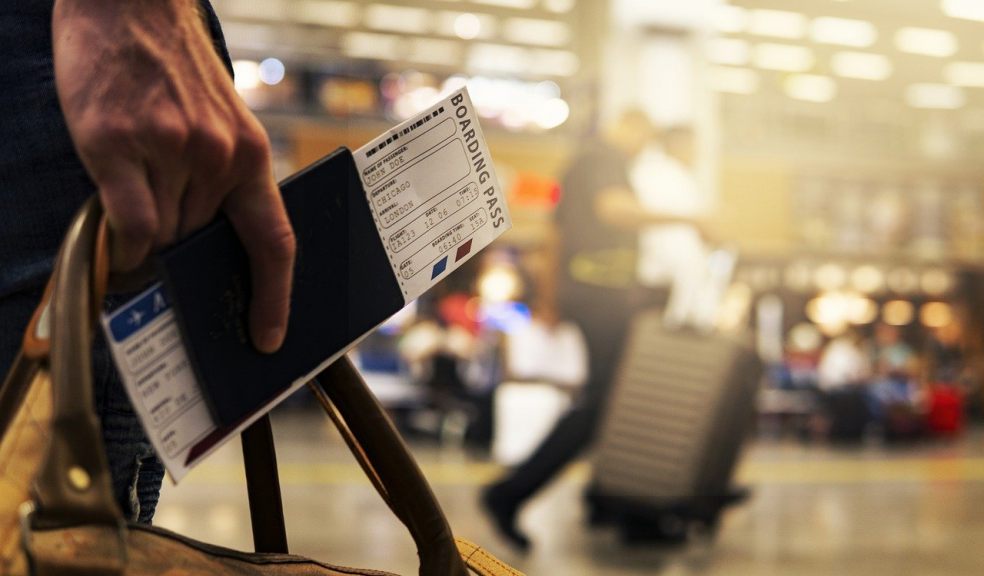 It seems such a long time ago now, but there was once a time when we could all jump on a plane and fly off to exotic destinations. Annually, from the UK alone 3.8 million Brits make the trip across the pond, many of these were for family visits. And many more were looking forward to a family holiday to Disneyland, or the Florida beaches, or to the nightlife in Las Vegas. Then came Coronavirus.

Since March 16th of this year, the American Government has put conditions in place that restrict entry into the country.

Can UK nationals visit the USA?

Currently, except for specific circumstances, the answer is a resounding, no. You certainly won’t be flying off to a beach holiday in Miami anytime soon, or visiting your extended family in New York.

The travel restrictions that are currently in place are relevant to the following regions and countries. Iran, China, European Schengen Area, Brazil, and of course the United Kingdom.

For citizens of any of the above, the days of grabbing a visa or an ESTA and flying off to the States, are gone for the moment. If you are resident within any of these regions, then unless you meet the following criteria, you cannot legally enter the United States of America.

What are the criteria for entry into the United States?

The list is long, but the main exceptions are – only if you are a citizen of the United States, or married to a US citizen, or hold a green card will you be allowed entry into the United States. There are other exceptions, if you think you may still qualify, then it is worth having a look at the US embassy web page.

With both countries on each other’s ‘Red List,’ it is unlikely that any of these restrictions will end soon.

When are restrictions likely to end?

Unfortunately, not anytime soon. Even if the United States lifted their restrictions, it is unlikely that the UK would reciprocate. Currently, the United States has one of the highest infection rates in the world. Whilst this remains the case, the UK will likely keep its borders closed to travellers from the US.

In saying that, tentative discussions have taken place. The airlines themselves have called on both the UK and US governments to launch a passenger testing trial. It had been hoped that such a trial would be in place by the end of September.

With a total of 14,000 flights between New York’s JFK airport and London Heathrow, last year alone, it is no wonder the airlines are pushing for any measures that would increase air traffic.

This trial had the stated aim of demonstrating, ‘passenger testing solutions in air travel,’ and to ‘gather real world evidence and data.’

A letter seen by Reuters News Agency is quoted as saying. ‘In the immediate absence of a vaccine, testing of passengers in aviation provides the best and most effective frontline defence.’

Even were these precautions rushed into place, it would be unlikely if they were available in numbers for passenger levels to be raised sufficiently to allow normal holiday travel to resume.

“Likely months rather than weeks away.”

The restrictions are currently imposed without time limit. They are in place until travel is deemed safe to continue. Whether the proposed testing scheme satisfies this criterion remains to be seen.

Dr Antony Fauci, America’s top public health professional, has been quoted as saying, that any lifting of restrictions is more likely to be months rather than weeks away.

He went on to say that it is possible that the current situation may last even until a vaccine is developed. A view that has been corroborated by US treasury secretary Steve Mnuchin; who has also suggested that the travel ban may not be lifted until 2021.

What if I had flights booked?

There are only a limited number of flights operating between the US and UK, for those who still choose to make that journey. So, it is highly likely that even if you do satisfy the conditions for entry into the US and had a flight booked, your flight would have been cancelled anyway.

If this is the case, then you will need to contact the airline you booked with, to check what procedures they have in place. You should be eligible for a refund or travel voucher.

What flights are available?

At the moment, examples of the available flights are as follows. British Airways, United and American Airlines, are all offering routes from London Heathrow to New York, Washington DC, Boston, Chicago, Dallas, Miami, Los Angeles and Atlanta on a daily basis.

What is the Foreign Office advice for travellers?

The Foreign, Commonwealth & Development Office is currently advising against British nationals travelling abroad, in all but essential circumstances.

This recommendation is without time limit but is under constant review. The latest advice can be found on the British Government website.

Not a good situation

There is barely a person in the world who hasn’t been affected in one way or another by Coronavirus. A normal situation, or even some kind of ‘new normal,’ that would allow families to visit the US again, seems a long way away.

But it will return at some point, we can only hope that it will be sooner rather than later. Whilst the measures seem draconian, the governments are more than aware of how damaging they are. Nobody wants this, not the governments, not the airlines, and not us, the travellers. So, although it seems like a distant dream, hopefully we can get some form of procedures in place, to allow travel in the not too distant future.

Can I still apply for an ESTA?

Yes, you can still apply. Filling in your ESTA application now will ensure that you will be at the front of the queue for approved visa-free travel as soon as entry is permitted.

The process of applying for your ESTA only takes minutes to complete. All the necessary guidelines and instructions are easy to follow and will guide you through the process from beginning to end.

Also, our agents in the US and Europe are always available to help you through the process should you require assistance.