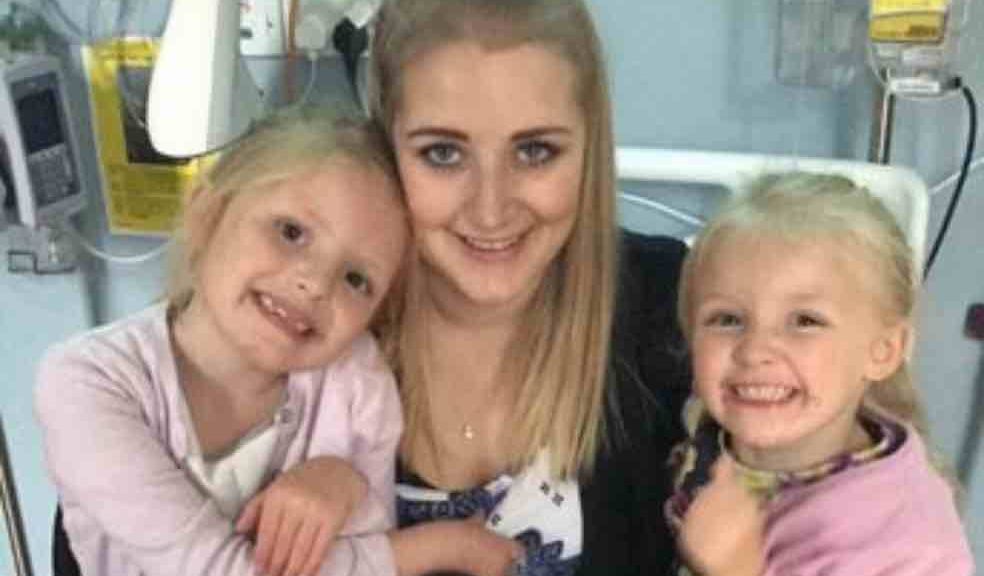 In November 2016, Dionne from North Devon was 24 and pregnant with twins,  when her left leg was really badly swollen and horrendously painful, she was told by the GP that she’d trapped a nerve and sent for physiotherapy. After giving birth to her twin boys it didn’t go away, it just got worse. After an X-ray in May 2017 she was told that she had early signs of osteoarthritis. They put her on a course of steroid injections into the knee, but it just kept getting worse. In August 2017 after an ultrasound August she was told she had a 2cm tumour inside her tibia bone which got missed the first time around. A subsequent x-ray found that the tumour had grown from 2cm to 4cm.

Just after her 25th birthday she was diagnosed with Osteosarcoma, a type of bone cancer. Dionne tells us her story about telling her family, starting her treatment and about the nurses and her special relationship with Teenage Cancer Trust Clinical Nurse Specialist, Lorraine.

Dionne says, When I told my mum I was completely hysterical, so she guessed immediately what I had been told. It was my little brother’s birthday that day, he was 15 at the time and has autism, so found it really hard to process.  I can barely remember the next few months, I think I just blocked it out as a way of coping. I started my chemo at The Royal Devon and Exeter Hospital in September 2017. I had an awful time, but the nurses on the Yeo Ward there were amazing and went above and beyond to help me. I didn’t live near a Teenage Cancer Trust unit, so I wasn’t able to be treated alongside other young people. This made me realise how different my experience was as a young person to other people with cancer.

I was given a Teenage Cancer Trust Clinical Nurse Specialist, Lorraine. Lorraine was absolutely amazing, she helped me with everything through my treatment, and even helped with things like paperwork and sorting out childcare. I honestly don’t know what I would have done without her! She’s always there at the end of the phone when I need her.

Sadly Katie passed away from her cancer, which was really hard for me because I felt like I was on my own again. That was the moment that I realised the reality of the life and death situation I was facing. At that point I was so scared, and I felt so grateful for Lorraine for being there.  Lorraine helped me to talk about Katie and deal with the loss – we still talk about her a lot now. She’s a big part of my story.

My cancer had a huge impact not just on me, but on my children. I found it really tough to leave them every time I had to go in for treatment, and I missed out on things like my daughter’s school play and celebrating Halloween with them. Lorraine set up counselling for my eldest daughter, who was five when I was going through treatment. Me and my ex-partner never lied or tried to hide anything from them – we wanted them to understand. I decided to shave my head in front of my oldest daughter, so that she wouldn’t have to deal with me just coming home bald! I think because I had children, my experience was really different from other young people with cancer, and I really wish that I could speak to other people in the same situation as me.

In December 2017 Lorraine was back in hospital having Chemo and made the tough decision to have her leg amputated. Dionne said, I didn’t want to lose my leg but was told that it would give me the best survival rate and quality of life. Ultimately, I knew that it would be the best thing for me and my children.

After finishing treatment in July 2018, Lorraine told Dionne about Teenage Cancer Trust’s Find Your Sense of Tumour weekend. Dionne told us how she Initially ummed and ahhed about whether to go, as she hadn’t been away on her own as an amputee. Lorraine encouraged her and told her she’d really enjoy it. Dionne told us she went along had such a nice experience – it was so good not being ‘the sick girl’ for once!

Dionne wants to raise awareness about how amazing the Teenage Cancer Trust nurse at the The Royal Devon and Exeter Hospital was and how Lorraine supported her on her journey.

Every day seven young people aged 13-24 are diagnosed with cancer in the UK. Teenage Cancer Trust is the only UK charity providing specialist nursing and emotional support to young people with cancer.  Working in partnership with the NHS, Teenage Cancer Trust provides expert support before, during and after cancer so that no local young person has to face cancer alone.