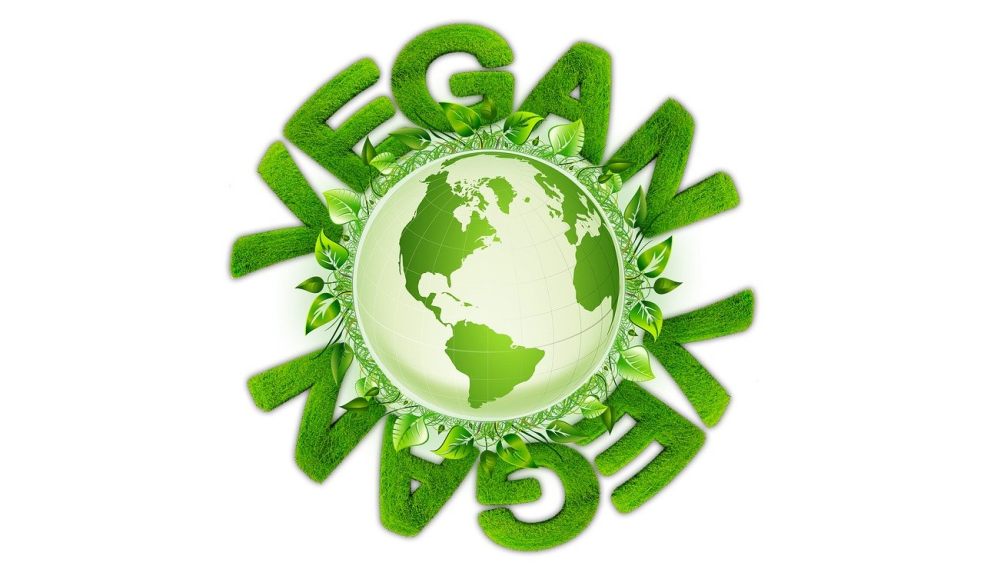 Vegan products have taken off, and most supermarkets now have a dedicated aisle just for meat-free food. We recently saw Paramount singer Hayley Williams rocking a red hair dye made entirely from cruelty-free ingredients.

The closest we could find was some excellent vegan hair dye from the UK's leading vegan hair product retailer, Crazy Color. There are some excellent colours available and we also noticed they're doing vegan shampoo, conditioner, and even bleach!

It would seem the vegan trend is really taking off even in hair products! Vegan hair dyes have been seen in demand in salons across cities in the UK, too. Vegan hair dye brands are becoming very popular. There’s some vibrant colours out there and they don’t have the harsh chemicals of conventional products.

Hollywood salons, naturally, are inundated with superstars looking for vegan hair colour. Now, some of these megastars may be following veganism for fashion reasons. But a move towards veganism and natural ingredients  is not to be shrugged at for any reason.

Now, strictly speaking, a vegan is someone who applies it to every aspect of their lives, for example, refusing to wear leather in addition to avoiding any meat. But whether it's a meat-free diet, vegan hair dye, or cruelty-free clothes, it's clear that animal-friendly living is here to stay and fewer harmful chemicals in products is likely the way retailers are going.

Who is hot on the meat-free scene?

The bass player for The Beatles hasn't eaten any meat since 1975. Paul was married to Linda Eastman, whose Linda McCartney food range is up there with Quorn in popularity. McCartney is not, however, vegan, saying that he enjoys "eggs, beans, and chips."

McCartney refuses to wear leather shoes and even had the leather upholstery in his new £120,000 Lexus swapped for cloth when it was flown in, specially from Japan.

The Oscar winner is one of the greatest exponents of this movement in the Los Angeles hills and has decided to dedicate her time and money to defend the animal cause.

In addition to producing the documentary Eating Animals, in which she denounced intensive farming practices, Portman has called for: "caring about what we do, putting effort into the food we grow and being aware of what we put in our bodies."

Late of The Smiths, Steven Morrissey has reportedly exclaimed that eating meat is "the same as paedophilia." Known for his controversial outbursts on animal treatment, The Pope of Mope hasn't pulled any punches since he became vegetarian at around 12 years old.

He famously released an LP with The Smiths called "Meat Is Murder" and has asked his fans to watch a film of an abattoir in operation in the middle of his concerts. Morrissey refuses to sing at any venue that serves meat on the night of his conversion. Well, outspoken certainly, but at least he's a man who stands up for what he believes.

From Baywatch to quintessential vegan star, Anderson is one of Hollywood's most involved figures in the vegan field. She has launched several lines of cruelty-free fashion items, a theme restaurant in Paris, and has even served as a lecturer at the University of Oxford.

Perhaps because she lacked new ways to recruit more souls for the cause, this year, she fronted a campaign with PETA that said vegans are better lovers. "The cholesterol in meat, eggs and dairy cause hardening of the arteries, and it slows blood flow to all the organs in the body, not just the heart."

"You can improve your overall health and increase stamina in the bedroom by going vegan. It lasts longer, go vegan," she said.

In 2013, the pop star wanted to share on her Twitter account her joy at becoming "100% vegan." In addition to fruit and smoothie, Grande bases her diet on foods typical of Japanese cultures, such as azuki beans, daikon (a kind of white radish), lotus root, brown rice, seaweed or miso.

"I firmly believe that a plant-based diet can lengthen your life expectancy and make you a happier person," she told the British tabloid The Mirror.

From meat-free diets to cruelty-free clothes, it'd seem that this whole vegan thing is more than just a fad.

Indeed, could it be the natural geometry of late-stage capitalism that we're now more able to think about animal treatment now that we're rich enough to afford alternatives?

If society does continue to go vegan, beyond celebrities and the guy next door with long hair, it'll need to meet one specific demand. Vegan products are often twice, sometimes three times, more expensive than their meat counterparts.

It was encouraging to see that vegan hair dye was actually affordable from companies such as Crazy Color.

But the general price difference means people on low incomes can't afford vegetarian or vegan products and might even look upon that lifestyle as a rich man's luxury. If veganism is to be embraced by society, it must be affordable for all.