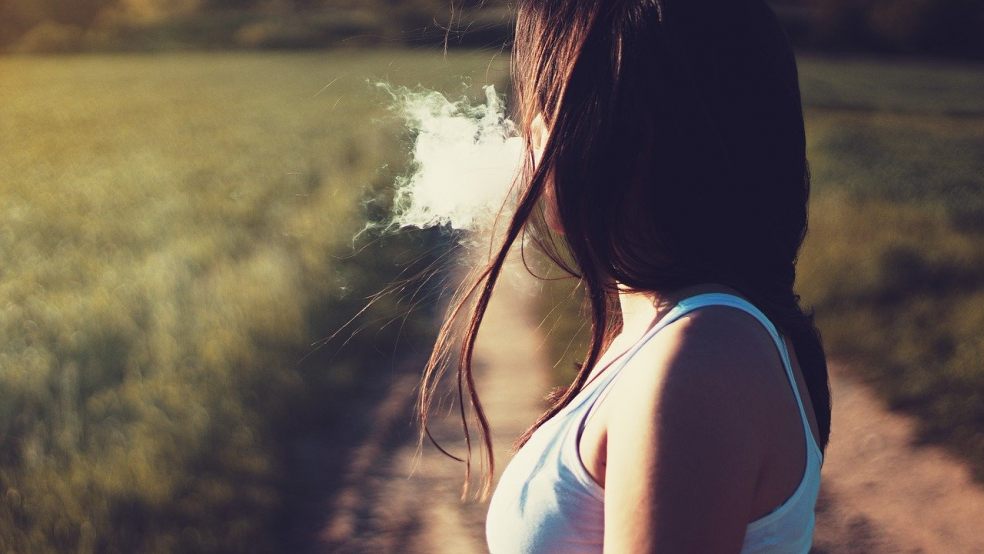 The South West has an above average number of smokers per capita in the UK, at 14.2% − above the average in England.

The worst performing part of the South West is West Devon has the greatest prevalence of smokers with 20.6%, followed by Sedgemoor with 20.5%. South Hampshire was next behind them, with 20.4% of its population being smokers.

The figures were sourced from official Public Health England figures released on 7th July 2020, collating data from NHS ‘quit smoking’ services and collated by Vape Club in a campaign to encourage smoking cessation. The data reveals a detailed look at where smoking remains an issue and how successful NHS services have been able to encourage smoking cessation − the ‘quit rate’. 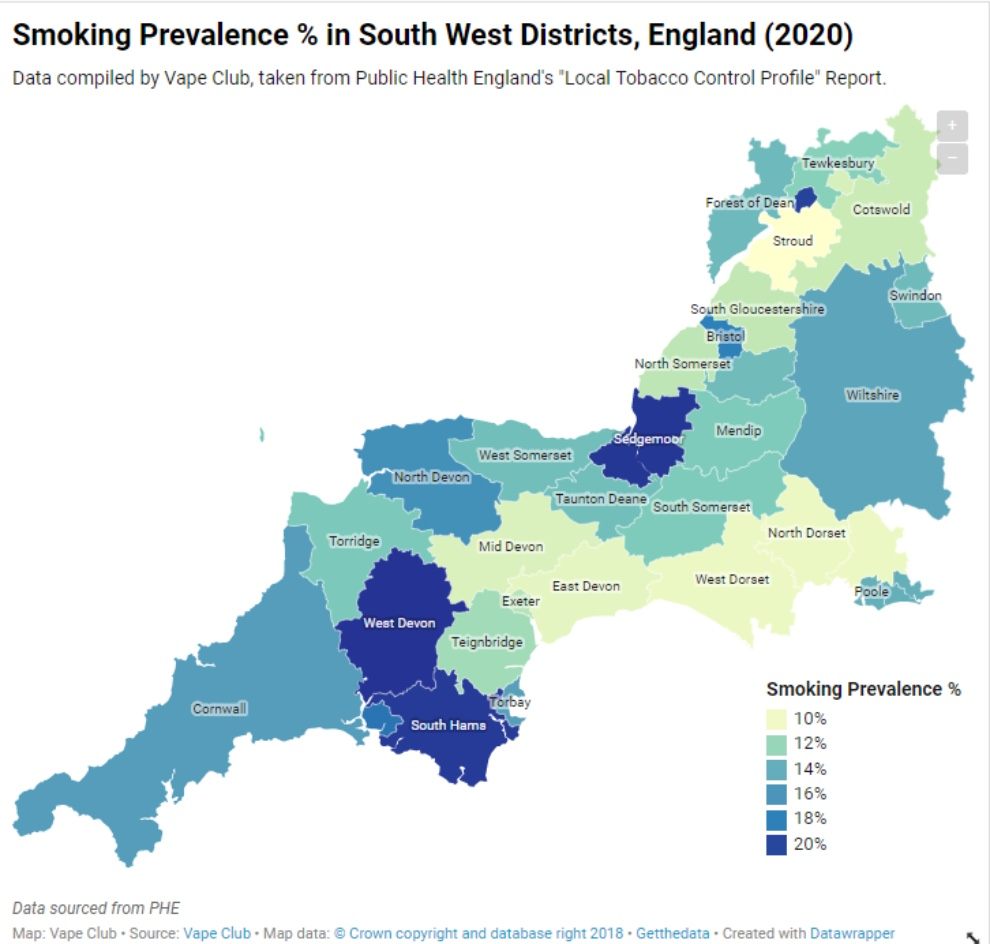 What is disappointing, is that NHS services across all of the South West recorded 1.66% ‘quit rate’ - slightly below the average achieved across England (1.89%). With the NHS services under extreme pressure in 2020, the added strain that smoking puts on services can be seen by Public Health England data for ‘smoking attributable hospital admissions’ per region. In England, the latest PHE data shows that there were over half a million people admitted to hospital with smoking related illnesses over the year. The South West recorded a sizable chunk of these smoking related hospital admissions - clearly more needs to be done to encourage smoking cessation and ease the pressure on our NHS.

“More and more people are starting to see that vaping offers a game-changing alternative to traditional smoking cessation methods. As these figures show, vaping is actually twice as effective as other nicotine replacement products, and it is fantastic to see organisations such as Public Health England and the NHS embracing this public health breakthrough. However, there is clearly still a long way to go in getting the vaping message out to the millions of people still smoking in England.”

There needs to be some urgent action in this region of the country to get smoking rates down − what can be done to help the South West to quit smoking for good?

Quitting with NRTs and e-cigarettes: what's right for you?

A report from Public Health England in March 2020 showed that vaping prevalence remains steady among young people and is increasing among adults. Vaping may be contributing to at least 20,000 smokers quitting every year in the UK, and despite the South West being on the right track, there is clearly more to be done in promoting it as a viable cessation method in the South West .

As a 2019 study published in the New England Journal of Medicine shows, there is evidence that vaping is significantly more effective than other ways of quitting. Participants were taken from NHS ‘quit smoking’ services and given either the standard available nicotine replacement therapies (NRTs), or provided with half e-cigarettes and half other nicotine replacement products. It was found that nearly 1 in 5 people (18%) from the vaping sample successfully quit − compared to 1 in every 10 of quitters using alternative nicotine replacement methods.