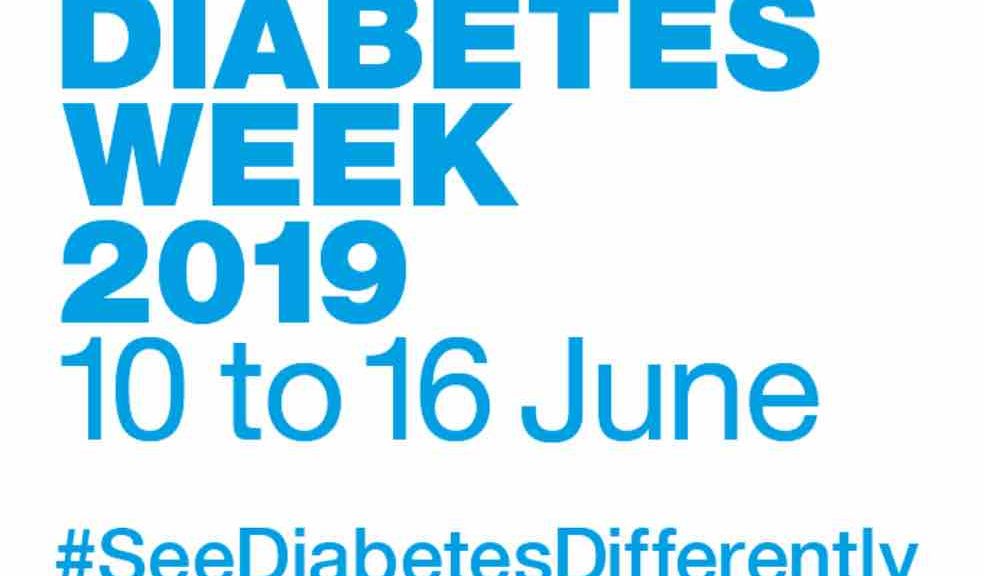 Diabetes Week is taking place from 10 to 16 June 2019 and aims to increase the public’s understanding of diabetes. Diabetes UK Exeter group is running a coffee morning and raffle in Topsham on 11 June and an awareness day on 15 June in Bedford Square, Exeter in conjunction with Exeter Lions.

On top of that, Diabetes UK is asking people to share five facts to help people see diabetes differently:

Chances are, lots of people you know are living with diabetes.

One in 15 people live with diabetes. That’s 4.7 million people in the UK – more than cancer and dementia combined. That includes one million people who don’t even know they have Type 2 diabetes. In Devon nearly 69,000 people are living with a diabetes diagnosis.

There are different types.

Type 1 and Type 2 are the two main types of diabetes. There are rarer types too. What they all have in common is they raise sugar levels in the blood. And that can seriously damage the body. But why they happen and how they’re treated varies.

Anyone can get diabetes, at any time. It doesn’t discriminate.

Why people get diabetes is complicated. Some things increase your risk of developing Type 2 diabetes, from genetics and ethnic background to gender, age and lifestyle factors. But sometimes it isn’t clear why people get it.

Diabetes is relentless. It’s day in, day out. It’s not just tablets or injections. It’s so much more than that. Every day involves a thousand little questions, decisions and things to remember. It’s appointments, checks, calculations, what to eat. It’s your care on your shoulders. It’s knowing things won’t always go to plan.

It might make life harder but it doesn’t have to change your ambitions or adventures.

For many people it never stops, but you don’t have to either. When you’ve got diabetes, just getting through the day can be a monumental achievement. But it doesn’t mean life stops. People have become professional athletes (think Exeter Chiefs and England rugby hero Henry Slade), topped the charts and ruled the country with diabetes.

Phaedra Perry, South West Regional Head at Diabetes UK, said: “We know diabetes is complicated and hard to understand. Whether it’s living with it, the causes or the various treatments, it’s never simple. It can be hard to talk about it openly, and start to tackle it when there’s so much misunderstanding.

“Living with the condition is tough enough, without having to worry about what other people think, feel or say. This Diabetes Week we want to help people know more about diabetes, not just as a condition, but about how it feels to live with it.”

Throughout the week, there will be a range of events organised by Diabetes UK and local volunteers in the south west to raise awareness of the condition. The Diabetes UK Exeter group is holding a coffee morning and raffle at Nancy Potter House, Topsham on 11 June from 10.30am to 12 noon, and an awareness day on 15 June in Bedford Square, Exeter in conjunction with Exeter Lions where they will enable members of the public to find out their risk of developing Type 2 diabetes. In addition, Fitness First Exeter are staging a sponsored Rowathon on Monday 10 June.

To find out more about events, what it’s like to live with diabetes and what you need to know, go towww.diabetes.org.uk/diabetesweek.