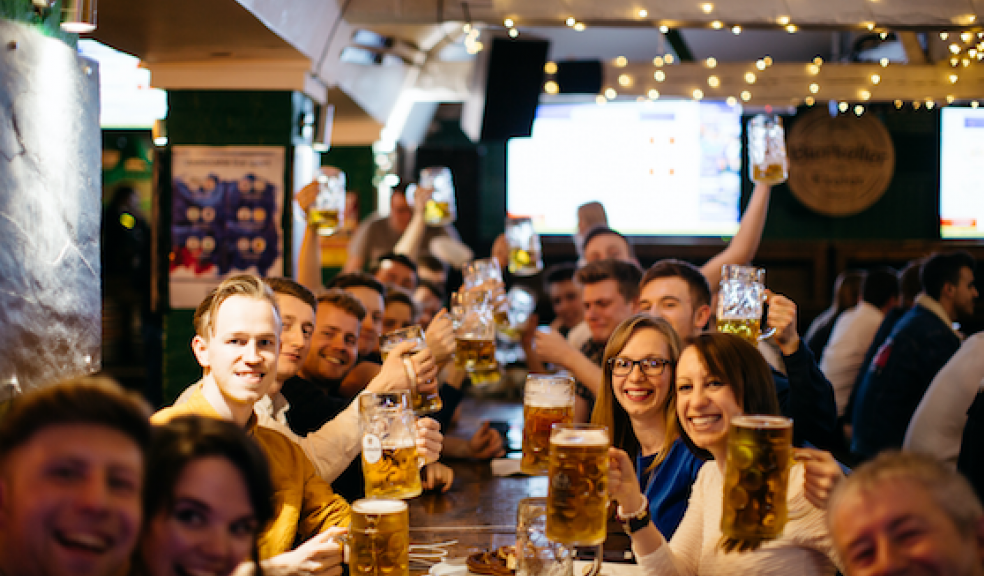 Since opening in February, the BierKeller has already become a hit in Exeter.

The bar has been busy since day one, with people getting involved in events in the true Bavarian style.

Located on Exeter’s Quay, the Bavarian bar brings entertainment each night of the week.

The week kicks off with the BierKeller’s first student night on a Monday; people can expect £4 beers served in a traditional Bavarian mug.

A second student night takes place on a Tuesday, with 2-4-1 stein cocktails and the chance to take part in bandeoke.

On a Wednesday night, the bar hosts a quiz night where the winning team will win a barrel of beer and the pot of entrance fees. The entrance fee is £5 per person.

Each Thursday a band will play at the BierKeller, with The Wurzels taking the stage on March 30 and Chesney Hawks appearing on June 1.

On Friday and Saturday nights, visitors will enjoy live music from the BierKeller’s resident Oompah band The Bavarian Strollers.

To finish off the week a comedy club will take place on a Sunday, with acts to be announced soon.

Paul Matthews, the owner of BierKeller, said the bar has already grabbed a lot of attention from the local community.

“There’s so much more choice on the Quay now, which means more people from the city are spending a night out down here,” said Paul, “It’s a beautiful location so it’s not really surprising.”