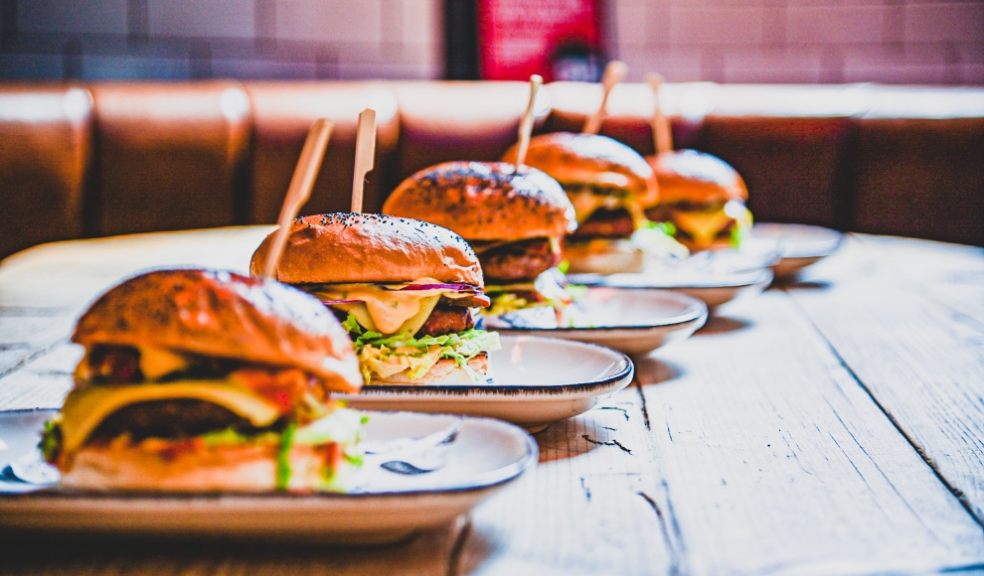 Award-winning Cornish burger joint, Hub Box, has recreated all of its real beef and chicken burger menu items in meat-free versions, following a surge in demand for more plant-based options across its restaurants.

Hub Box first pioneered street food culture in St. Ives, and now the eatery has partnered with the pioneers in the plant-based world - THISTM - to bring more meat alternatives to its 10 restaurants across Cornwall, the South-West, and Cardiff.

THISTM has built-up a loyal fanbase of vegans, and proper meat-eaters, through creating plant-based foods that look and taste just like the real thing. The new partnership will see Hub Box use their award-winning THISTM Isn’t Bacon and THISTM Isn’t Chicken to bulk up their meat-free offering.

The new vegan menu, which launches today, promises the same incredible taste of a Hub Box burger – one which has propelled them to be the go-to place for a burger in the South West.

Plant-based imitations of Hub Box’s beef and chicken burgers include:

THISTM has shaken up the plant-based world in the past two years by creating products that look and taste just like meat, targeting meat lovers whilst appealing to its vegan fanbase. Their Great Taste Award-winning THISTM Isn’t Bacon has exploded in popularity, becoming the plant-based staple for meat-reducers across the country. Their succulent, and meaty THISTM Isn’t Chicken has also won numerous awards for its hyper-realism and in a study conducted by THISTM, 96% of people thought it was real meat.

Hub Box's success in the burger business has stemmed from its commitment to working with the best suppliers, a strong focus on where its ingredients are sourced from - and supporting communities and the green spaces around them. Richard Boon, Hub Box CEO, said:

“The effort we put into sourcing only the best produce has been a key ingredient to Hub Box’s success. We wanted to get our plant-based burgers as close to our real meat staples, whilst keeping the famous Hub Box taste. THISTM was the standout option and we’re delighted to get the partnership underway, and give our customers more choice.”

THISTM co-founder Andy Shovel, who knows a thing or two about the burger business having previously owned his own burger chain before co-founding THISTM, said:

“Pete & I are ex-meat lovers who create THISTM because we were always disappointed by the plant-based options in meaty joints. So it’s wicked to be launching in Hub Box – the plant-based dishes they’ve dreamt up with our products are lush and I’m pretty sure meat eaters won’t be able to tell the difference.”

The shift to a more plant-based diet has reached all four corners of the UK, which has seen a 40% increase in consumers switching to veganism since 2020, rising from 1.1 million people to 1.5 million people at the start of 2021. Whilst analysts at Barclays have predicted the value of the global plant-based food and drink market could soar by more than 1,000% - exceeding £100bn by the end of the decade.