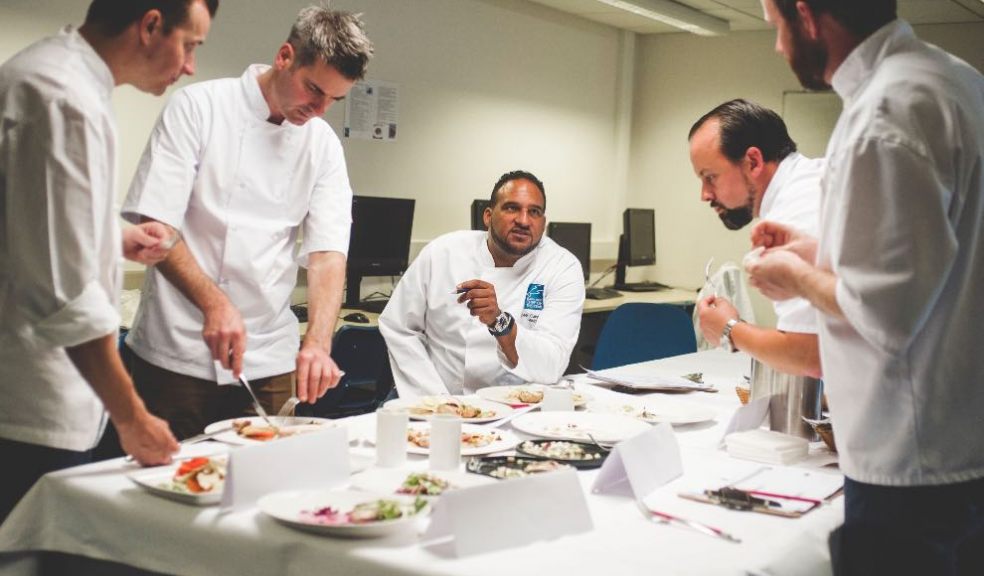 The finalists for this year’s South West Chef of the Year competition have been chosen and now face the final round where they will be cooking for judges on the 22nd October at Exeter College.

The finalists in the Professional and Young Professional categories will cook a three-course menu using ingredients supplied by the competition’s sponsors. They are given only one week’s notice about the meat or fish they will be using and just 30 minutes for all the other ingredients.  The Student and Apprentice category and will prepare a two-course menu incorporating a compulsory protein ingredient.

South West Chef of the Year 2014, Elly Wentworth, who is now part of the judging panel, said, "The talent in this year's competiton is exceptional.  The team of judges across all categories has been blown away with the creativity and skills that these chefs have shown during the semi-finals and we can’t wait to see how they perform at the finals. It is exciting to see who goes on to win the awards among the home cooks, juniors and professional chefs and ultimately, of course, who will take the overall title of South West Chef of the Year 2019”.

The winners of each of the categories and the overall winner will be announced at a special celebration Awards evening at Exeter Golf and Country Club on Tuesday 22nd October. The Awards evening includes a unique three-course dinner prepared by three top chefs, all previous winners or judges of the competition; Elly Wentworth, Tim Kendall and Michael Nizzero. The Awards evening is open to anyone to attend, tickets are on sale at www.southwestchef.co.uk

Finalists in each of the categories are:

Katie – The Gryphon School, Sherborne (for the second consecutive year!)