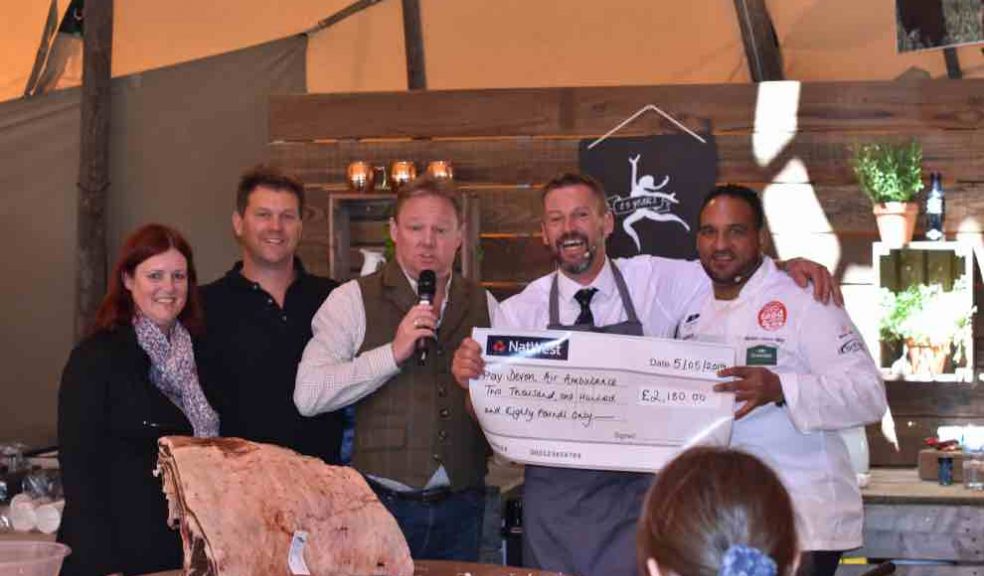 Fans of flavour submitted dozens of entries to this year’s sausage recipe competition run by The Butchers at Dart’s Farm, with the winning entrant of three shortlisted recipes announced at this year’s Exeter Food Festival earlier in May.

There was an air ambulance related winner this year, with Stuart Elms, Clinical Director at Essex and Herts Air Ambulance, taking the top spot.

Stuart’s prize was a year’s supply of The Butchers at Darts Farm sausages, some of which he has generously donated to Devon Air Ambulance staff. Of his win, Stuart said:

‘It was great fun to support our friends and colleagues at  DAAT with this great sausage competition. I was stunned and very happy to win; the sausages are amazing so a big thank you to The Butchers at Dart’s Farm for sending me some and I’m over the moon to be able to share this win with all the team at DAAT., which provides amazing care for the people of Devon and beyond and definitely deserve some of these amazing sausages!’

‘The competition was again very popular. Thank you to everyone who took part; there were so many great ideas and flavour combinations. We also wanted to thank Alastair, Phil, Becky and all at The Butchers at Darts Farm and Darts Farm for their continued support, plus our fantastic judges.’

Alastair David on behalf of The Butchers at Darts Farm said: “We are proud to support the Devon Air Ambulance. It was great to get visitors of the Food Festival involved in choosing the winning flavour this time. The ‘Love DAAT’ Sausage’ was a huge hit and we are sure will prove very popular with our customers is store.”

Customers in search of the winning sausages can pop into Darts Farm and buy some of Stuart’s ‘Love DAAT Sausages from The Butchers at Darts Farm. They are also available at Fermoys in Newton Abbot.