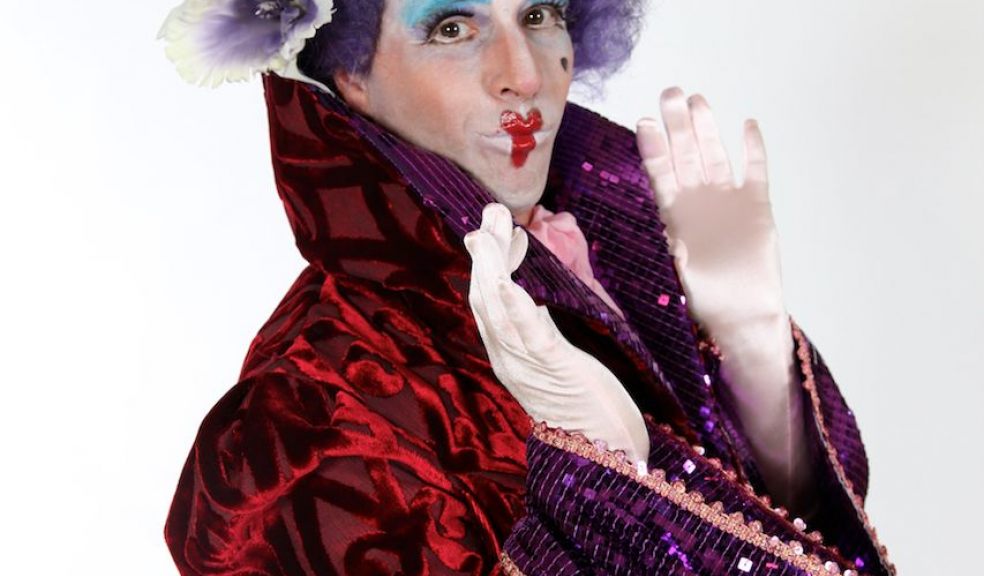 As the only professional pantomime produced in Exeter, the seasonal offering at Exeter Corn Exchange has become an essential part of Christmas in the city since the first one, “Snow White” in 2010.

Produced by Kickline Theatre, this year’s panto is the ultimate dreams-come-true story, “Cinderella”. The show runs from 14 December - 5 January and tickets are available from Exeter Corn Exchange on 01392 665938 and at www.exeter.gov.uk/cinderella

Kickline’s pantomime performers have always been strong on professional stage experience, not least Exeter actor Daniel Page who stole the show last year as the delightfully hissable villain Abanazer in “Aladdin”. He’s back by popular demand, this time playing one of the Ugly Sisters, Vile-lette.

Daniel has been all over the country as a professional actor, including his dream role of Fagin in “Oliver!” at the Theatre Royal in Windsor and four years in the “Billy Elliott” company. His first stage experiences were during his school years in Exeter at Whipton Barton and St Peter’s, and his first pantomime was “Babes in Wonford Wood” more than twenty years ago. He’s pleased to be playing a baddie again.

He says: “Everyone loves a villain. Having a good balance between being mean and getting what’s coming to you means the audience can laugh at and respond to you. If they’re booing, then you know you’re half way to getting it right.”

The title role is played by Swedish beauty Alicia Agneson, who has never appeared in pantomime before. She says: “In Sweden where I've worked before we don't have them. We actually don't have any other sort of theatre where you have such an interaction between the audience and the performers, and I'm looking forward to it a lot!”

Alicia continues: “I've always loved the stage and felt that its the only real home for me. As a young girl I did dream about being a princess. And still do! That's what's so amazing with this job as a musical performer, I get to be a princess!”

The company is completed by Kaine Horey as Prince Buttons, Jon Bonner as Ugly Sister Moronica, Mark Osmond as Baron Hardup, Abi Meller as Cinderella’s Fairy Godmother, Harry Stone as Dandini and Will Trafford as Vermin.

Writer and director Ian Trafford says: “Part of the enduring appeal of panto is that the stories are so well known, yet audiences can still share in the characters victories and cheer the downfall of the villains, even though perhaps we think we know how it’s all going to end. This probably goes double for Cinderella, but it doesn’t mean that you can’t have a little fun with the plot.

The name of our Prince is a clue to that, but I’m not saying any more, you’ll have to come and see what happens yourself!” The fun starts at Exeter Corn Exchange on 14 December... don’t miss out on getting your tickets and having a ball! You can find out more about “Cinderella” at www.cinderella-exeter.co.uk