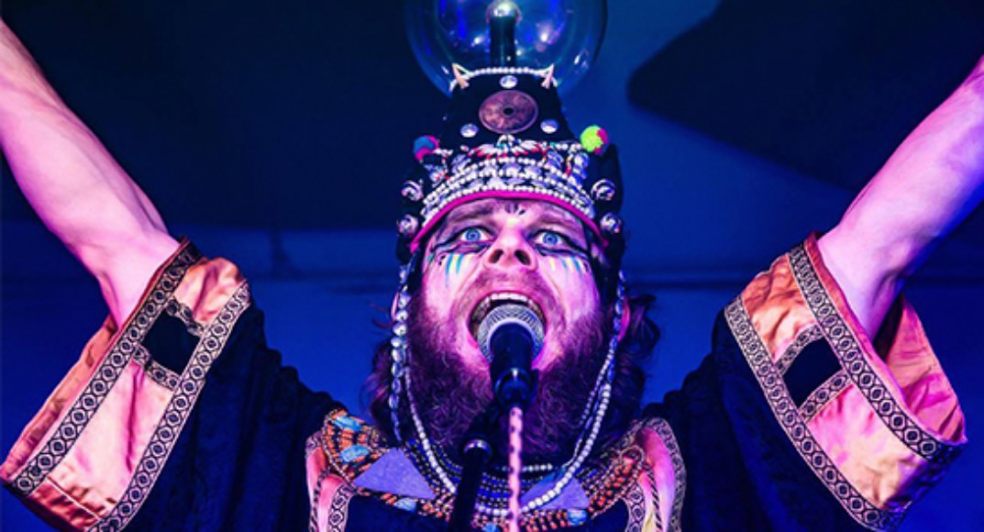 Your guide to What’s on in and around Exeter this weekend (29-31 March):

The Richard Dale Theatre School are performing Chicago. Set in the legendary city during the roaring “jazz hot” 20s, Chicago tells the story of two rival vaudevillian murderesses locked up in Cook County Jail. Nightclub star Velma’s serving time for killing her husband and sister after finding the two in bed together. Driven chorus girl Roxie’s been tossed in the joint for bumping off the lover she’s been cheating on her husband with. Not one to rest on her laurels, Velma enlists the help of prison matron Mama Morton and slickster lawyer Billy Flynn, who turn Velma’s incarceration into a murder-of-the-week media frenzy, thus preparing the world for a splashy showbiz comeback. But Roxie’s got some of her own tricks up her sleeve… Featuring a live orchestra and your favourite songs.   www.barnfieldtheatre.org.uk

Turn of the Screw

“I don’t save or shield them. It’s as bad as I feared – they’re lost”. 1840. A young governess agrees to look after two orphaned children in Bly, a seemingly idyllic country house. But shortly after her arrival, she realises that they are not alone. There are others – the ghosts of Bly’s troubled past. The Governess will risk everything to keep the children safe, even if it means giving herself up to The Others. Years later, confronted by the past she is compelled to account for what actually happened to her and the innocents under her protection. https://exeternorthcott.co.uk

The Slow Readers Club are a Mancunian guitar-electro pop four piece. Their new album Build A Tower entered the UK album chart at No. 18. They ended 2017 with a sold out UK tour with dates including Albert Hall Manchester, London Garage, Rescue Rooms Nottingham and the legendary King Tuts.  www.exeterphoenix.org.uk

Marc Bolan, with his band T.Rex, was one of the most flamboyant and charismatic stars of the original glam rock era.  With Bolan's special ingredient of Rock-a-Boogie songs, the band had a string of huge hits throughout the 1970s including Love to Boogie, Telegram Sam, Jeepster and 20th Century Boy.   Truly a rock’n’roll concert for all ages - If you would like to know exactly what a Marc Bolan concert was like in the 1970s, this show is for you! https://www.exetercornexchange.co.uk

Henge is a band of intergalactic ravers; practitioners of the sacred sounds of Cosmic Dross – a musical form known in other parts of the universe that has, until now, never been heard on Earth. In their first earthly visit they sold out a range of venues across the country and went down a storm at festivals, and they will be landing at Exeter Phoenix as part of their second tour of our planet. This event will be a fundraiser for Phonic FM, Exeter’s sound alternative radio station, which Henge listen to on their home planet.  https://www.exeterphoenix.org.uk/events/henge/

Legends of Irish music and song The Fureys are renowned for their hit songs I Will Love You, When You Were Sweet 16, The Green Fields of France and Steal Away to name just a few. https://www.ledleisure.co.uk/exmouth-pavilion

Music fans are invited to the biggest party of the year as the unstoppable Magic of Motown show steams into town! Prepare yourself for 40 back-to-back classic Motown hits, glittering costume changes, dazzling dance moves and outstanding musicianship in this explosive concert experience. https://exeternorthcott.co.uk

Who Knows Where The Time Goes

The Julie July Band pay tribute and performs songs from the ‘Sandy Denny’ Songbook, from dreamy acoustic melodies to driving progressive folk-rock. Sandy Denny was one of the UK’s singer songwriters of the British Folk Rock movement. In her brief career, spanning just 13 years, she left a legacy of beautiful, haunting original compositions and traditional material.  https://www.barnfieldtheatre.org.uk/who-knows-where-the-time-goes/

The estuary town of Topsham will be celebrate the end of winter with Spring Forward Saturday. Just before the clocks go forward to welcome warmer days the town will be buzzing with a fair-like atmosphere, with the majority of shops, cafés and restaurants taking part, and live music around the town.  The event is in its second year and is set to be a fabulous, vibrant day, full of offers from local businesses, Spring treats, children’s activities and foot-tapping sounds from talented local musicians.  Full details can be found at www.LoveTopsham.co.uk

The ancient relationship between people and trees is reflected in the historic and ongoing use of trees as a raw material for clothes and shoes and as an inspiration for textiles and dress design. Follow the exhibition from the root of the tree to the branches seeing items drawn from the collection that have been inspired by trees. The exhibition runs until 2 November. Normal admission applies. www.nationaltrust.org.uk/killerton

On Paper, from the Arts Council Collection, showcases the work of acclaimed 20th-century and contemporary artists who work with paper. Looking beyond the mark-making of drawing to consider the material itself, the exhibition explores how artists have used paper as the focus of their work in creative and unusual ways. Open Tuesday – Saturday, 10am-5pm, the exhibition runs until 18 May. https://www.thelmahulbert.com