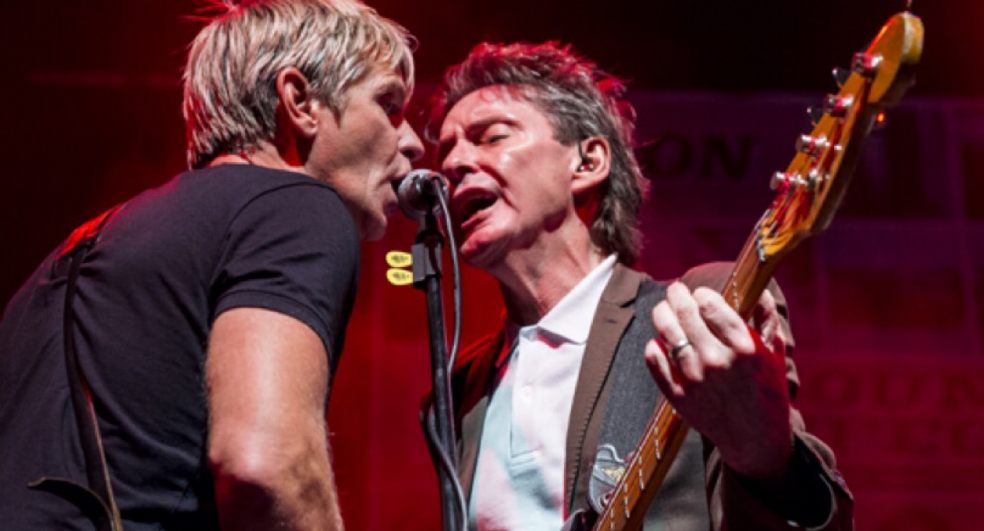 Your guide to What’s On in and around Exeter this weekend (18-20 January):

Lord of the Flies

Set against the backdrop of a mysterious conflict engulfing the world, a plane carrying a group of evacuated schoolchildren crash-lands on a deserted island. The eleven girls and boys that survive are faced with the challenge of co-existing in a hostile new environment severed from the society they have left behind. Can the children create something better than the war that drove them from their homes, or will the inevitability of human behaviour bind them to the mistakes of the adult world they were raised in? In this dark and contemporary reimagining of a literary classic, the destructive legacy of modern society is exposed on the Northcott stage. https://exeternorthcott.co.uk

Panto on the Prairie

Dawlish  Rep takes you to the Wild West! Calamity Jane (the Dame) emigrates from England to the American Wild West, expecting to share in her brother’s goldmines, but instead she ends up being kidnapped by a band of Mexican Bandits who are working for an Indian called Geronimo. Geronimo also plans to unseat Chief Talking Bull, lover of the fast-food hi-tech world of the paleface, and declare all-out war. But an unlikely alliance between the disillusioned Bandits, the outlaws Angelina and Jolie and Texas Ranger Clint Westwood, make sure things don't go according to Geronimo's plan. www.shaftesbury-theatre.net

A tale of crime, passion and Fablon, set in a small Devon town.  ‘In the estate agent window on Fore Street there is a laminated picture of the home Bill and I bought to start a family, price reduced for quick sale. January is a stupid time to put a place on the market but that’s one thing we agree on now. We both need to move on. How did it come to this? How on earth did I miss all the clues along the way? I guess this story began seven years ago but it built to its grisly climax in the two weeks before Christmas, to a soundtrack of screeching breaks and something far worse: Greatest Hits of West Life.’   www.exeterphoenix.org.uk

Hans Rey, the former World Champion, pioneer of Freeride, Mountain Bike Hall of Famer and mountain bike adventurer, will take audiences on an inspiring journey through his 30 year career and show you some of the best trails and destinations worldwide. Covering his early riding days in Germany, the mountain bike boom in America, his extreme biking feats and adventures – which include the first bike descent of Mt. Kenya, riding the Indian Himalayas, the Alps and Inca Trail, and traversing the Sinai Desert - and how his charity Wheels4Life is changing the world one bike at a time, Hans will also offer his vision on the future of the sport and what keeps him motivated. https://www.exetercornexchange.co.uk/whats-on/

Re-live the sounds of the swinging sixties, as Britain’s No. 1 tribute show brings alive the magic of the sixties, with their tribute to over twenty five bands of that era. The show encompasses everything from that period, from the clothes that were worn, to flashbacks from television history, including: TV programmes, adverts and even clips from the original bands. www.barnfieldtheatre.org.uk

The ever popular BSO return to the City of Exeter with a varied and interesting programme of classical and contemporary music designed to appeal to everyone. www.bsolive.com

DJ Louie Louie brings his previous Blow Your Wig night for a one-off, under its new name – Flip Your Wig. Expect a night of good times, boogie and beer. With the controls set for the heart of the mid 20th century, expect a juke joint rabble rousing set of vintage classics, lesser heard gems and crowd pleasing anthems that take in 50s R&B, Jump Blues, Rock & roll, Rockabilly, Ska, 60s Soul and Garage rock and more, It’s sure to bring out the twisting Thurman and Travolta’s in you. www.exeterphoenix.org.uk

From The Jam comprises legendary former ‘The Jam’ bassist Bruce Foxton, vocalist & guitarist Russell Hastings, drummer Mike Randon, and Andy Fairclough on Hammond and piano.  Over the past 11 years From The Jam have toured relentlessly, having played almost 1,000 headline shows in the UK since their inception in 2007. www.exeterphoenix.org.uk

An RSPB birdwatching cruise. Throughout the cruise expert commentary is provided by knowledgeable RSPB volunteers who will keep a close eye out and help you spot the various species of waders and wildfowl that either flock to the Exe to overwinter, or call the Exe their home.10.45am-12.15pm. Click here for more information.