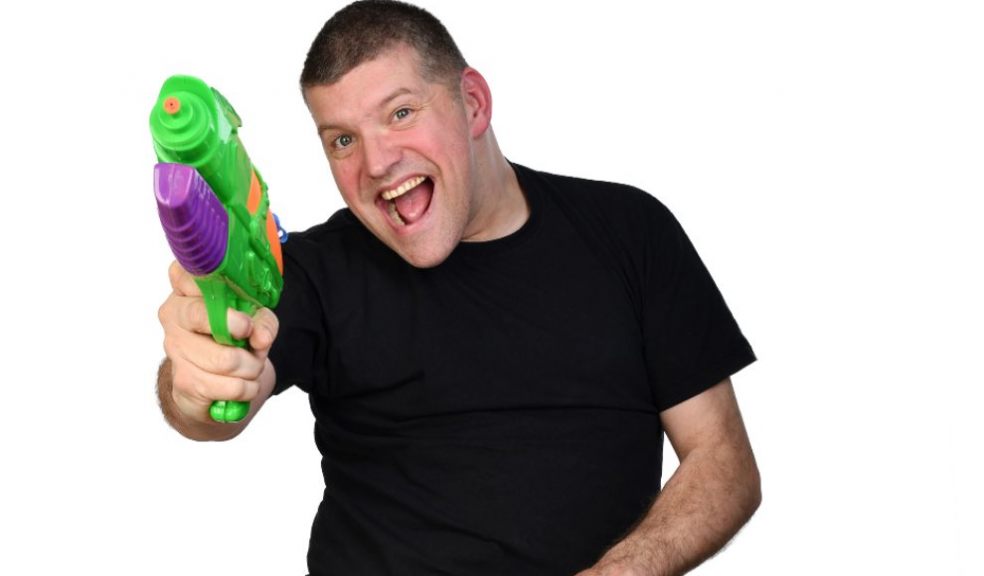 Laurence starred in BBC1’s documentary We Won’t Drop the Baby, following his family’s journey as they welcomed their second child, with the show recently being uploaded to YouTube. The response it received worldwide was at times inspirational and uplifting – at others, derogatory and incredibly personal.

Laurence’s show explores these reactions and questions his role as a father with cerebral palsy - with the help of his two young sons, who undoubtedly steal the limelight with their charming and innocent view of their parents.

Putting the audience in the driver seat, An Irresponsible Father’s Guide to Parentinggives a comic, brutally honest and charming account of what it’s really like to be a disabled parent. It both challenges and engages and has the potential to reach new audiences by exploring the commonality and differences in the experiences of disabled and non-disabled fathers. If Laurence is an irresponsible father then it is probably more to do with balancing his wife’s crutches on his son’s baby walker to make him look like a Dalek!

A hilarious, moving and interactive piece that asks some tough questions about society and the perceptions that we have on those who do not follow societal norms.

Laurence Clark is an internationally-acclaimed comedian, screenwriter, playwright and actor who has cerebral palsy. He has performed everywhere from 10 Downing Street to a double-decker bus touring Sheffield. His observational, political stand-up, and filmed stunts, demonstrate the endearing naivety and ridiculousness of human behaviour by seeing the world through his eyes - with humour and warmth.

With television appearances on BBC, ITV and Channel 4, Laurence was the subject of major BBC1 documentary We Won’t Drop the Baby, a presenter for BBC Newsnight and has appeared on The Wright Stuff and The One Show. He was awarded Shortlist Magazine’s Funniest New Comedianand has has blogged for BBC Ouch, The Independent and The Guardian and regularly performs with the comedy collective Abnormally Funny People.

Laurence has just written 25 episodes for ITV’s flagship drama, Coronation Street, which will air from Boxing Day and his new play Purposeless Movementswas critically acclaimed as part of the Edinburgh International Festival this year.

Catch the funnyman at Exeter Phoenix on Saturday 26th October.

Tickets are avaialble at www.exeterphoenix.org.uk or by calling the Pheonix box office on 01392 667 080.