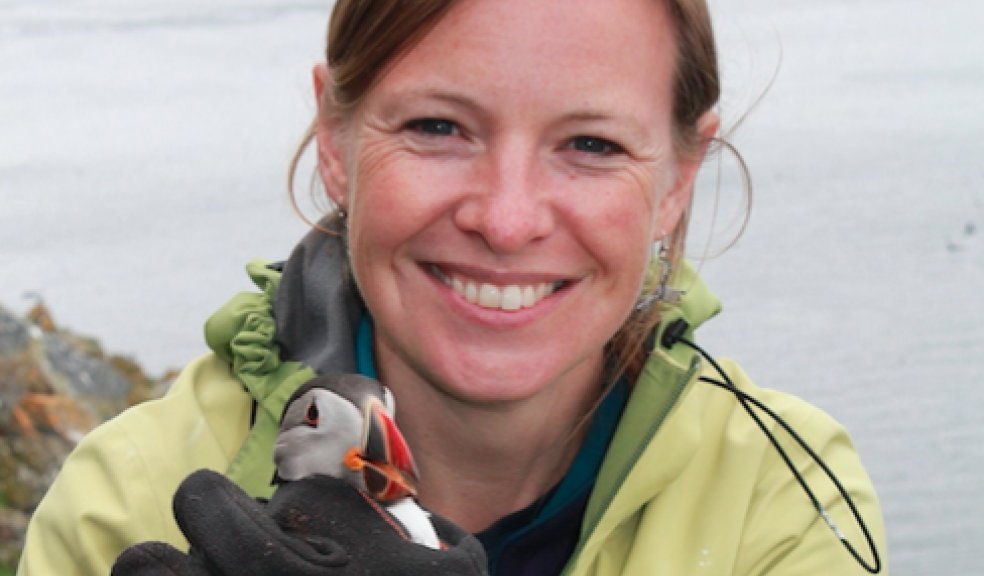 Miranda Krestovnikoff, presenter of Coast and The One Show, will be welcomed to Exeter on Saturday by Devon Wildlife Trust (DWT) for ‘A Concert for Wildlife’ at Exeter Cathedral.

Exeter Symphony Orchestra will be performing a programme of popular pieces inspired by nature in a concert to raise funds for DWT’s work to protect Devon’s wildlife and wild places.

Miranda said: “As a musician and one who is passionate about wildlife, this evening combines two of the most important aspects of my life and I am delighted to be there with my family to support it.”

The concert, on Saturday 16 July at 7:30pm, will feature ‘nature classics’ such as Delius’ On First Hearing the Cuckoo in Spring and Prelude a L’apres midi d’un Faune by Debussy.

Miranda commented: ‘The Debussy is one of my all-time favourite orchestral pieces - being a flautist myself, I have played that haunting solo many times but it still never ceases to move me. The wildlife-related programme will be popular for nature lovers and music enthusiasts alike and I hope this event will be a great fundraiser for Devon Wildlife Trust ‘.

Miranda Krestovnikoff has been immersed in the world of nature and conservation all her life.  A childhood of climbing trees and looking after various pets led to studying zoology at Bristol University and then onto a career as a television researcher with BBC and then presenter. She was one of the original members of the Coast team.

A biologist and accomplished diver, Miranda is a resident wildlife expert on BBC One’s The One Show. She practices what she preaches, and has strong connections with many wildlife charities and organisations:  she became Patron of Alderney Wildlife Trust in 2008 and is very involved in her local Wildlife Trust in Bristol.

For this special concert the Exeter Symphony Orchestra will be featuring the international violinist, Tamsin Waley-Cohen. The musical programme of well known, popular pieces has been specially chosen because of their strong links to nature. The programme will include The Wasps Overture, by Ralph Vaughan Williams; Violin Concerto, by Pyotr Ilyich Tchaikovsky; Four Sea Interludes from Peter Grimes, by Benjamin Britten; The Overture from Die Fledermaus, by Johann Strauss; On Hearing the first Cuckoo in Spring, by Frederick Delius; Prélude a L'aprés midi d'un Faune, by Claude Debussy; and Tintagel, by Arnold Bax.

Harry Barton, Chief Executive of Devon Wildlife Trust, said:
"I'm delighted that the Exeter Symphony Orchestra has agreed to perform a fundraising concert for us and at such a wonderful venue as Exeter Cathedral. Devon's exceptional wildlife brings colour, beauty and wonder to our lives. The musical programme includes some of my personal favourites, and is a reminder of how many of the greatest pieces of music ever written have been inspired by nature. It promises to be a fabulous evening."

Tickets for ‘A Concert for Wildlife’ which takes place at Exeter Cathedral at 7.30pm on Saturday 16 July are priced from £12 and are available online at www.exeter-cathedral.org.uk/boxoffice or by calling 01392 285983.

In addition to South West Water, other concert sponsors and partners include Tozers, Nissan Exeter, Active Devon and Devon Life.