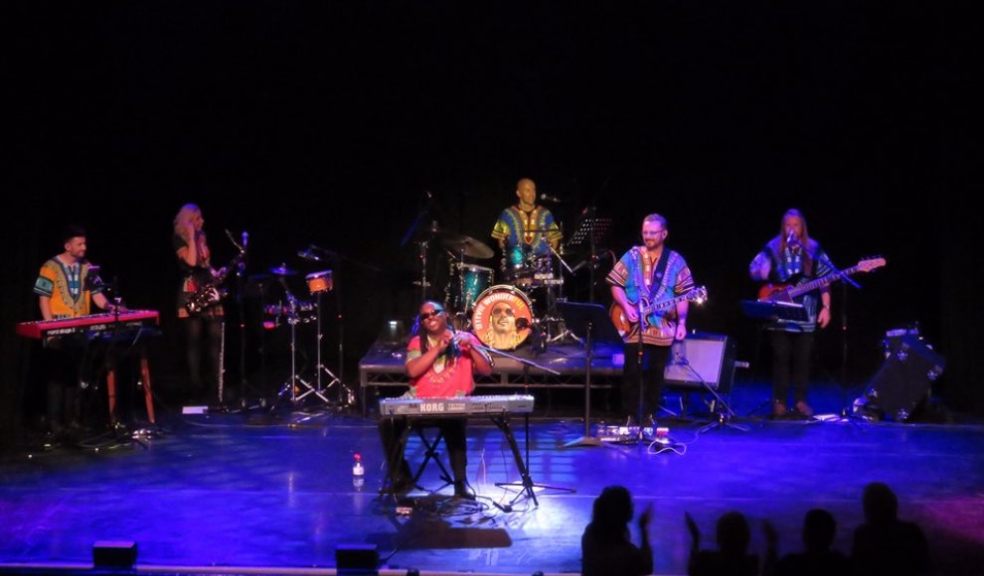 With a career spanning almost sixty years, and record sales in excess of 100 million records world- wide, Stevie Wonder is without doubt one of the most successful musicians of the 20th century.

The Stevie Wonderful show celebrates this illustrious career performing timeless hits from classic albums such as Innervisions, Talking Book, Hotter than July, Music of my mind, Fulfillingness first finale and the seminal album Songs in the key of life.

“To perform these songs is one thing,” says producer Trevor Newnham, “but to recreate with such accuracy and energy takes a very special group of musicians indeed. The team we have assembled for Stevie Wonderful is absolutely world class with combined CV credits including Dr Hook, Bev- erley Knight, Lulu, The Supremes, Michael Ball, Sir Cliff Richard, Michael McDonald, Paul Young, The Illegal Eagles and countless West End and touring shows. “these guys really are at the top of their game and bring such passion and fire into these songs that they literally come alive. Its impossible not to be moved by the chemistry of such awesome players and an incredible catalogue of songs from Stevie”.

The frontman for the Stevie Wonderful show is the inimitable Shenton Dixon who is widely regard- ed as the UK’s finest Stevie Wonder tribute artist. Shenton has a long history in the music industry and was an original cast member of the West End smash ‘Buddy’ before moving on to the Tamla Motown show ‘Dancing in the streets’ alongside the legendary Edwin Starr. “It’s one thing just try- ing to sing the songs of one of the most gifted naturally vocalists, but to couple it with uncanny mimicry of the moves and mannerisms of Stevie is nothing short of miraculous. He even plays the Harmonica parts live!.”

Stevie Wonderful perform classics spanning the entire career of this living legend and include Up- tight, For once in my life, My Cherie amour, Lately, You are the sunshine of my life, Isn’t she lovely, Master Blaster, Ribbon in the sky, Don’t you worry bout a thing, Part time lover, I wish, Sir Duke and two of the most requested songs on radio OF ALL TIME ‘Superstition’ and ‘I just called to say I love you’.

This truly timeless foot stomper of a show literally has something for everyone and will have you singing your heart out and dancing in the aisles for sure, in fact its signed sealed & delivered!! This show is wonderful............It’s Stevie Wonderful.