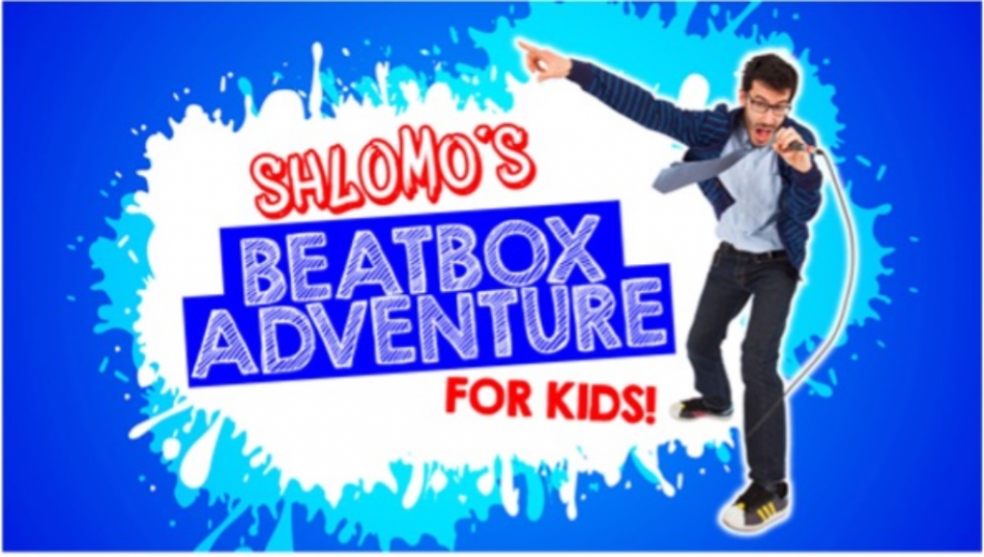 World record-breaking beatboxer SK Shlomo is bringing back his 5 star sellout show Shlomo’s Beatbox Adventure For Kids to venues across the UK, appearing at Exeter Phoenix on Monday 25th October.

To celebrate, he has decided to #BraveTheShave, shaving 18 months of lockdown ponytail during a charity livestream for the homeless charity Crisis. The more you donate, the closer he’ll shave! (beatboxadventures.com/donate).

SK Shlomo first burst into the mainstream after appearing on BBC2’s Later… With Jools Holland, collaborating with Björk and performing with famous fans from Damon Albarn, Lily Allen and Jarvis Cocker to Imogen Heap, Martha Wainwright and Rudimental.

He soon became the first ever World Looping Champion and taught his friend Ed Sheeran some tricks. He became Artist in Residence at London’s Southbank Centre, played the main stages at Glastonbury, won rave reviews for his autobiographical one-man shows and even became the subject of an award-winning feature documentary, The Beatbox Choir.

But everything changed at the age of 27 when he became a father. Frustrated and exhausted by late nights on the road, SK Shlomo started thinking about ways to teach his skills to the younger generation and so he devised Shlomo’s Beatbox Adventure For Kids. The show became a phenomenal success, with five star reviews and sell out shows from the Royal Albert Hall to the Edinburgh Festival.

At the start of 2020, lockdown forced Shlomo to cancel over 100 shows. Instead, he created Homeskool Beatbox Adventures, a weekly interactive livestream empowering kids and their families to find their true voices and create their own music. For 30 minutes every Thursday, families around the world learnt new vocal skills from SK Shlomo and his talented friends including Bastille, KT Tunstall, Bill Bailey, Basement Jaxx, Jason Mraz and BBC Radio 1’s Dr Radha. Over six weeks, the Homeskool Beatbox Adventures community created their very own charity single and music video featuring hundreds of families worldwide singing, beatboxing and performing together, raising over £3000 for the NHS and Black Lives Matter.

Now, it’s finally time to witness the incredible energy of this superstar beatboxer as he makes his long-awaited return to the stage