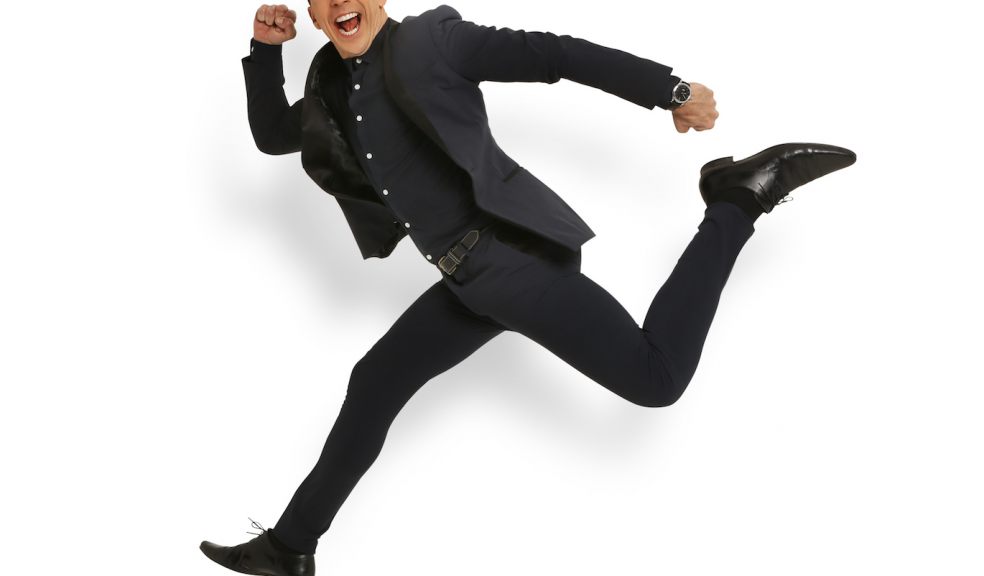 The award-winning stand-up comic Russell Kane is back on the road this autumn with his smash-hit show ‘The Fast And The Curious’ and is bringing it to Devon for two nights this November!

Following extraordinary public demand, Russell Kane has added a further run of dates to his brand new tour The Fast And The Curious, extending it through to autumn 2019.

Russell is ready and raring to hit the road next year, travelling the UK from February – December, including one night at London’s Eventim Apollo on 26th October 2019.

Strap in as Russell races back to the live comedy stage with his keenly awaited brand new tourThe Fast And The Curious.  Packing more energy than a Duracell factory, Russell’s RS Turbo laugh engine will motor through love, family and life - once again proving that the fast and the curious amongst us see more stuff and get more done.

Tickets for all dates are on sale now from www.russellkane.co.uk.

Other notable television appearances include; Live At The Electric (BBC3), Comic Relief /Sport Relief (BBC1), Children In Need (BBC1), Rage Room (All4), Unzipped (BBC3), Celebrity Juice(ITV2), and I’m A Celebrity…Get Me Out Of Here! Now! (ITV2).

Russell recently took part in the return of Celebrity Apprentice for Comic Relief which was broadcast on BBC One in March, on the run up to Red Nose Day 2019.

Russell is well known for his viral Facebook Kaneing videos.  For the past 18 months Russell's weekly viral videos have grown from strength-to-strength garnering hundreds of thousands of views and constant media attention. In each episode Russell tackles a diverse range of topics and gets to grips with the talking points of the week. The success of these subsequently led to a three part Kaneing Live special broadcast exclusively on Facebook Live in 2017.

Russell's unique high energy stand-up has won him numerous awards and plaudits including winner of the prestigious Edinburgh Comedy Awards for Best Show in 2010. That same year Russell went on to make history as the first comedian to win both the Edinburgh Award and Melbourne Comedy Festival’s Barry Award in the same year.

Russell’s previous tour, the mammoth Right Man, Wrong Age, was met with phenomenal demand causing it to be extended three times between 2016-2017, performing to sold out venues across the country and acquiring much critical acclaim.

Russell will be performing ‘The Fast And The Curious’ at Plymouth Pavilions on Saturday 2nd November and Exeter’s Great Hall on Sunday 3rd November.

For tickets and info see www.russellkane.co.uk.