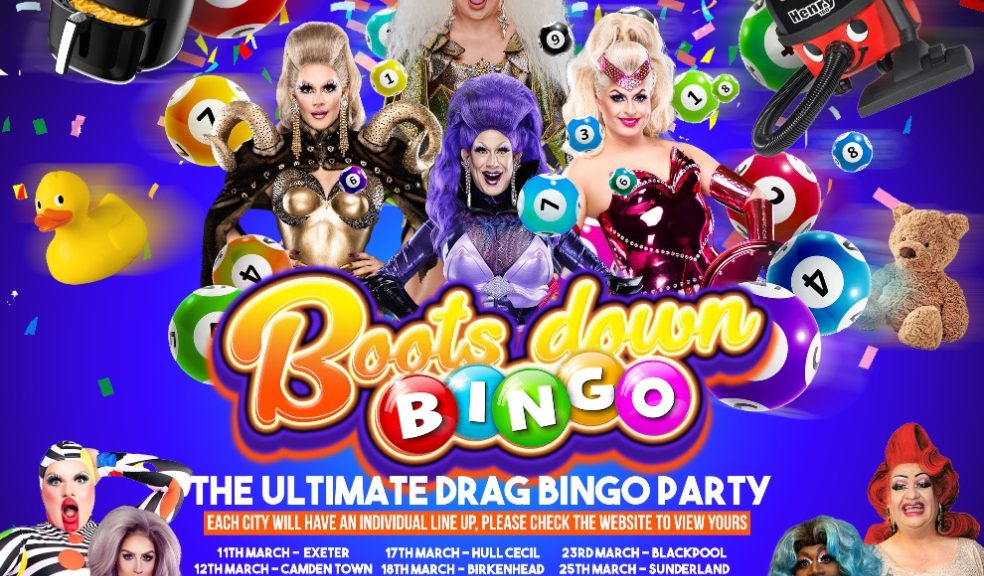 Expect wacky prizes, fun and games, but most importantly... lots of drag!

Baga Chipz was first seen on the first series of RuPaul’s Drag Race UK and has become a television sensation ever since, as seen on Celebrity Karaoke Club, The Celebrity Circle and Celebrity Masterchef.

Jimbo the Drag Clown, the ‘big breasted bimbo of the North’, is joining us all the way from Canada’s Drag Race, with quirky performances that guarantee for lots of fun.

These stand our stars are coming to Exeter fresh from RuPaul’s Drag Race UK VS. The World, airing each Tuesday on BBC Three.

Everyone is welcome (18+) to come down and express themselves! Feel free to dress in drag, wear your favourite two piece, kitten heels, or even a Roy Cropper top. Get your bingo dabbers at the ready and be prepared for a night full of fun, frolics, laughter and even a chance to meet the stars of the show!

KLUB KIDS launched in 2013 on the Newcastle
LGBT+ scene, inspired by the movie “Party Monster”. KLUB KIDS is now one biggest drag events company in the UK, touring the biggest and best international drag artists around the UK & Europe.