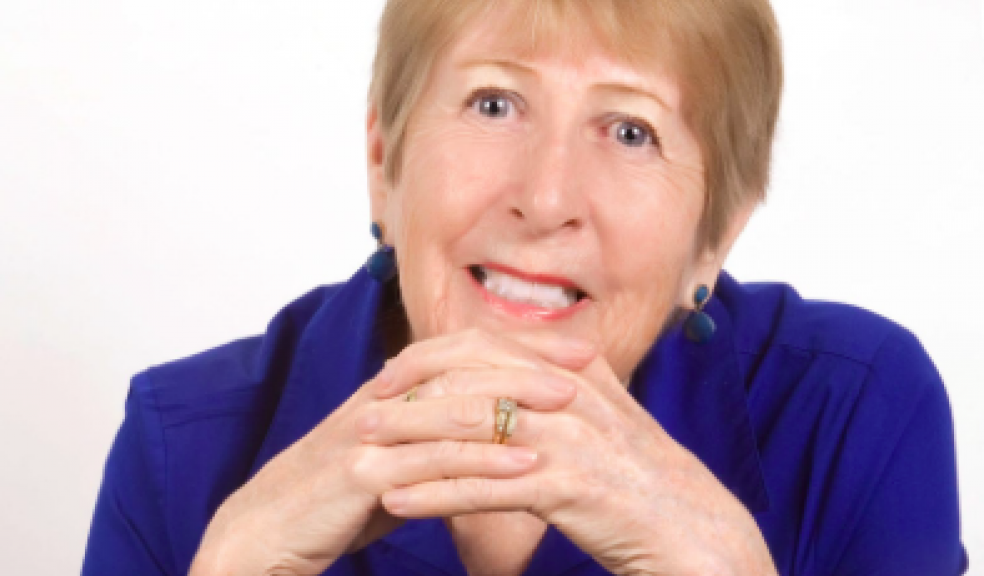 Fay Knowles, a former Exonian, has just released her romantic suspense novel “Love at Sunset”, which shows the determination of Violet and Gordon, a feisty older couple in love for the second time around, to enjoy their autumn years to the fullest.

The novel is a spin off from the short story of the same name, first published in “The Lady” magazine and featured in Fay’s first book “Sunbeams from the Heart – A Collection of Twelve Romantic Short stories”.

“Love at Sunset” the novel is set in Scotland and The Bahamas, with scenes in Devon, London, Fort Lauderdale, and New York. In the Devon scene, Fay draws on her background to describe a blustery, rainy, but romantic day in Exmouth, one of her favourite Devon towns!

The novel shows how faced with fierce opposition from their children and possible payback from an armed robber, Violet and Gordon flee The Bahamas for a loch side cottage in Scotland.

But trouble soon catches up with them.

The plot follows the people in the couple’s lives - those who support them, others who wish to resist or harm them, and some on whom Cupid also comes calling. It portrays family discord and evil intent, but is not without a touch of humour. And it reveals the gap between rich and poor and the humanitarian works of those who care.

“Readers of my short story ‘Love at Sunset’ were eager to know more about Violet and Gordon,” says Fay, “so I developed the story into a full length romantic suspense novel.”

Fay Knowles (nee Johanson) was a graduate of Exeter Technical College (now Exeter College) and a member of “Exeter Writers” when it was the “Exeter & District Writers’ Club”. Her mother the late Josephine (“Jo”) Johanson lived in Topsham for decades and once worked as Head Receptionist at the Royal Clarence Hotel.

Among other jobs, Fay trained as a reporter with the former Exeter News & Photographic Service on Sidwell Street, run by journalists Jon Abbott and the late Mike Borissow. “This was at a time when it was difficult for a young woman to obtain an entry-level job as a newspaper reporter in certain parts of the U.K.,” says Fay.

The author’s husband Erskine once owned and operated the former St. David’s General Store and they resided in Exwick. They now live in The Bahamas.

Fay has been writing since the age of nine. As well as having numerous short stories in “The Lady”, her fiction has appeared in the American literary journal “The Broadkill Review”; poetry in “Evergreen” magazine; and articles in British and Bahamian publications.

Speaking further about her new novel, Fay says, “Now you can read the full story of Violet and Gordon and their undying love for each other the second time around despite all odds.”

“Love at Sunset” by Fay Knowles is available on Amazon.co.uk as an e-book and in paperback. To connect with the author go to www.fayknowles.com