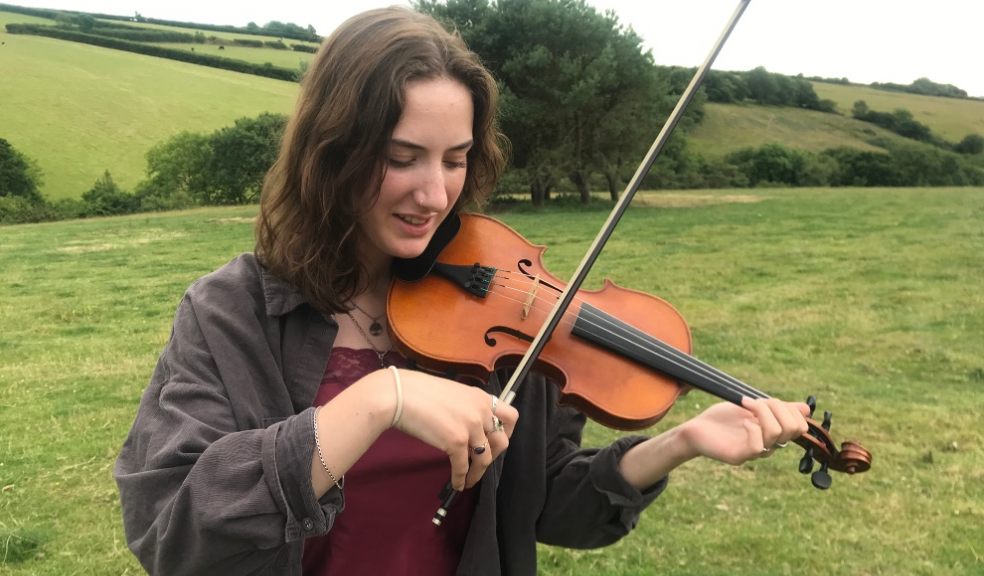 Seventeen-year-old fiddle player Eve Parker has just released an EP entitled Train Tracks which consists of 4 tunes written, recorded and released as part of her first year project at Exeter college where she is taking a BTEC in music performance.

Eve, who lives in Appledore, North Devon, travels by train every day from Barnstaple to Exeter and it was these daily journeys that inspired the tunes. Eve says “I spend around 3 hours a day on the train and the changing scenery and the rhythms created by the train on the tracks gave the inspiration for the tunes and the title of the EP”

Eve’s fiddle is accompanied by pianist Alex Walters and guitarist Carl Schenker, both of which are members of the National Youth Folk Ensemble along with Eve.

Earlier in the academic year Eve was a passenger in the Salisbury train crash and spent the night in hospital with a suspended back and neck injury. She was given the all clear the following day but Train Tracks really have been a bitter sweet part of Eve’s year.

The EP is available on all Digital Service Providers.

The track titles are Little Copplestone House, We Are Now Approaching Barnstaple, Lapford Light and See It, Say It, Sorted.